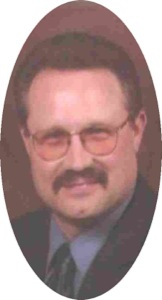 Leon Harold Holl, son of Raymond Orville Holl and Joyce Marie (Hamilton) Holl entered this world on March 11, 1951 at Salina, KS. He left this world on October 22, 2011 at the age of 60 years, 7 months and 11 days following a long, strong fight against cancer. On December 26, 1970 he married Renee Silsby, and to this union two sons, Adam and Aaron were born. Although Renee and Lee traveled different roads, they remained friends. In March of 2000, at his parent's 50th wedding celebration, Lee was reunited with 'the love of his life', Linda (Burger) Douglas, the girl he met when he was 5 years old and she was 2. Lee and Linda were united in marriage on 01-01-01, a date that he could never forget. Together they finished raising Linda's three children, twin sons David Lee and Daniel Lynn, and daughter Nicole Marie. On October 22, 2010, Lee legally adopted them as his own, a day he declared to be one of the happiest of his life. While living in Lawrence, Leon played on softball teams several nights a week, and sponsored his own team, Leon's Carpet Pros from 1989 - 2000. He was extremely proud of the fact that he was able to play on a KC Tournament team on the weekends with his son Adam, and he was still able to compete with the 'young guys'. After moving to Belleville, Lee found that softball games were few and far between so he compensated with the game of golf. He loved playing with his children and was extremely happy when he could get Linda to the course. Leon loved music and had a great gift as a bassist. He played in numerous bands over the years and one of the benefits of being back in north central Kansas was that he was close enough to form a new band with two of his closest friends, Danny and Randy, and could spend time jamming with several others. Lee liked roller coasters and several summers were spent going on trips with his family to ride the coasters and take in baseball games. His greatest joy in life was the time he spent with his children and grandchildren. In 2006, Lee began to suffer with health concerns, and in March 2007 he began the roller coaster ride of his life when he received the diagnosis of lung cancer. He faced his cancer head on and was determined to beat the disease. Although the treatments were taxing, Lee fought without complaints and with a smile on his face and continued to live his life playing golf, playing music, and enjoying time with his children and family. Lee is survived by his wife Linda of the home; parents Raymond and Joyce Holl of Beloit; sons Adam and Kate Holl and their children Courtney and Adam of Lawrence; Aaron and Amanda Holl and son Dalton Holl of Lawrence; David and Ashley Douglas and their children Reese and Max of Courtland; Daniel and Monica Douglas and their children Tyson and Brady of Belleville; daughter Nicole and Nick Kraus and their son Trenton of Scandia. Sisters Cheryl Hockman and partner Annie of Hutchinson, Elizabeth Flaharty and husband Craig of Oak Creek, CO; and his brother Lawrence Holl and partner Derek of Plantation, FL; his parents-in-law Clinton and Dorothy Burger, and a host of nieces, nephews and friends.

Funeral services were held 2:00pm Thursday, October 27, 2011 at the Central Christian Church in Belleville, Kansas with Mr. Mark Imel officiating. Burial was in the Belleville City Cemetery. Memorials may be made to the NCK Healthcare Foundation or Blair Center for the Arts. Tibbetts-Fischer Funeral Home, Belleville, Kansas, was in charge of these arrangements.

To order memorial trees or send flowers to the family in memory of Lee Holl, please visit our flower store.