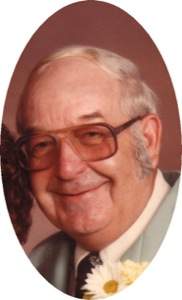 Leo Fred Oltman, son of William and Lena (Messman) Oltman, was born on the family farm near . At the age of 85 years, Leo passed away Saturday, March 13, 2010 at , . Leo was married to Lillian Paspiril on December 5, 1945. She died on June 30, 1982. In His early years Leo farmed. In 1953 he began working for Mid-America Dairy Association as a field man. He worked for them until he retired in 1986 in . Leo married Theodora Spiehs on July 10, 1984 and they made their home on a small acreage on the east edge of . They lived in the community until last year when they moved to Concordia because of Theodora's failing health. Leo was preceded in death by his parents, wife Lillian, five brothers, and three sisters. He is survived by his wife Theodora, Concordia; step-children Tim and Meri Spiehs, , , Kenneth and Barb Spiehs, , Dennis and Vivian Spiehs, St. Libory, NE, Sheryl and Dale Sullivan, Fargo, ND, Linda and Tell Perrelet, and Lisa Lynn all of Grand Island, NE; 14 step-grandchildren; 11 step-great grandchildren; many nieces and nephews; and a host of friends.

To order memorial trees or send flowers to the family in memory of Leo Oltman, please visit our flower store.