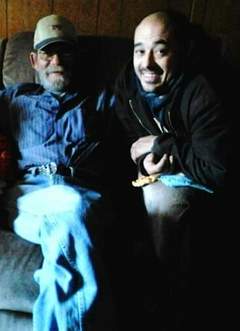 Leonard Cortez Poley Jr., age 61 Belleville, formerly of Washington County, was born on May 18th, 1953 and died on March 31st, 2015. He worked for S & P Farm Repair with his best friend and boss Sid Scofield in Belleville Kansas. He enjoyed listening to country music, one of his favorites included Allen Jackson, he also enjoyed working on anything with an engine, fishing, and helping people. He was a Veteran of the U.S. Marine Corps. He was loved by all whose lives he touched. He was a loving father and grandfather. He is survived by his Son Christopher Poley and Daughter-in-Law Tiffany Poley, Granddaughter Brooklyn Burbach, Brother Les Spence, Sister JaneAnne Poley. Graveside inurnment services will be held at 1:00pm Saturday, April 25, 2015 at the Greenleaf Cemetery. Tibbetts-Fischer Funeral Home, Belleville, Kansas has assisted the Poley family with these arrangements.

To order memorial trees or send flowers to the family in memory of Leonard Poley, Jr., please visit our flower store.