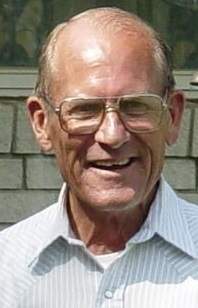 Loren L. Blazek age 72 of Belleville passed away Wednesday, December 18, 2013 in Salina, Kansas. He was born May 23, 1941 on a farm 4 miles west of Cuba, Kansas to Frank and Victoria (Shimek) Blazek. Loren completed his first eight grades at the Jefferson Grade School and then attended and graduated from Belleville High School in 1959. He was united in marriage to Judy (Francis) Clute on November 28, 1963 with her son Barry forming their new family. Their family grew when first Brian was born then Blaine. Loren and Judy spent most of their lives farming west of Cuba on the farm they purchased in 1967 before moving into Belleville. He loved the land and working with livestock and fulfilling his lifelong dream of raising pigs. He was the happiest living in the rural open space where he could see wildlife, especially deer and turkey, except when they were eating the crops or newly planted seeds. During the 1980 farm crisis, both Loren and Judy worked for Eldorado Manufacturing Company delivering buses and motor homes across the United States from one coast to the other. He sold crop insurance through the Golden Belt Insurance Agency and most recently owned and operated The Blazek Gleaner Combine and Combine Parts Company. Loren was preceded in death by his wife Judy in December 2010; brothers Harold in March 2011 and Gerald in March 2013 as well as his parents Frank and Victoria. He will be forever remembered by his sons, Barry and wife Kelly, Fort Worth, Texas, Brian, Perry, Georgia, and Blaine and wife Michelle of Belleville; sisters-in-law Ilene Blazek and Jeanne Blazek of Belleville; his special friend Barbara Willis of Salina; and several nieces and nephews. The boys wish to give a special thanks to Loren’s cousin Beverly Reynolds for helping put together this information.

Funeral services were held Saturday, December 21, 2013 at the Central Christian church in Belleville, Kansas with Pastor Mark Imel officiating. Burial was in the Belleville City Cemetery. Memorials may be made to the Republic County High School FFA Greenhouse Project. Funeral arrangements were handled by Tibbetts-Fischer Funeral Home, Belleville, Kansas.

To order memorial trees or send flowers to the family in memory of Loren Blazek, please visit our flower store.