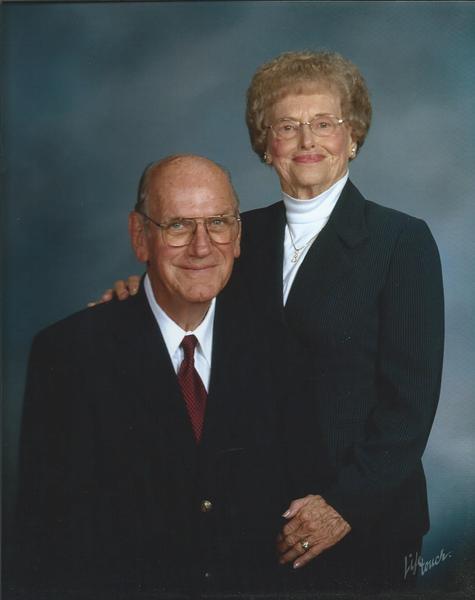 FAMILY WILL BE GREETING FAMILY & FREINDS FROM 6:00 PM TO 8:00 PM FRIDAY EVENING AT THE FUNERAL HOME

Lucille Marie (Lou) Doubek, 86, a resident of Belleville, Kansas, died Wednesday, April 8, 2015 at the Long Term Care Center. She was born April 4, 1929 in rural Coats, Kansas to Fritz and Margaret (Lang) Lenkner. She was baptized at St. Paul’s Lutheran Church of Natoma, Kansas on June 2, 1929 and was confirmed in the same church on April 6, 1941. Lou attended a one-room schoolhouse for 8 grades, and then was graduated from Coats Rural High School in 1947. It was there she met and eventually married the love of her life Herbert Dale Doubek. Lou was graduated from Kansas State University in 1951 with a degree in Home Economics Education. She started her teaching career in Overbrook, Kansas and continued at Shawnee Mission North while Herbert attended the Kansas University Medical Center. Herbert and Lou were married August 19, 1951 at Our Saviors Lutheran Church in Pratt, Kansas. To this union three children were born: Diane Denise, Debra Lynn, and Douglas Brent. They moved to Belleville, Kansas in 1957 where they made their lifelong home. Lou was a dedicated home economics teacher, loving mother and housewife. She was active in the community and in the Lutheran Church. Her hobbies included gardening, playing golf and cooking. She was an avid supporter of the KSU Wildcats. Lou will be forever remembered by her husband Dr. Herbert Dale Doubek, Belleville; daughters Diane (Jim) Reed, Kackley, Kansas and Dr. Debra (Tom) Phillips, Manhattan, Kansas; son Douglas (Sarah) Doubek, Topeka, Kansas; brother Edwin Lenkner, Coats, Kansas; eight grandchildren; six great grandchildren; beloved nieces, nephews and cousins. She was preceded in death by her parents; sister Anita Burrows; and infant brother Le George Lenkner.

To order memorial trees or send flowers to the family in memory of Lucille Doubek, please visit our flower store.