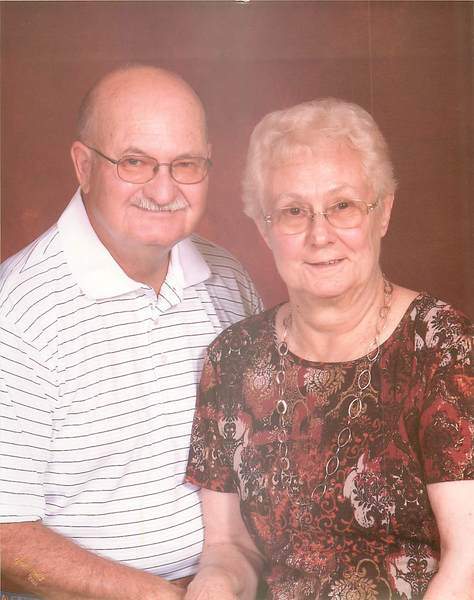 ROSARY/VIGIL WILL BE HELD AT 7:00PM WEDNESDAY AT THE FUNERAL HOME.

Marcia Emmadine Chopp was born in rural Munden on April 14, 1937 to Ralph and Rosalie (Splichal) Novak.  She passed away at her home in Munden,  KS on March 10, 2017 as was her wish after battling  cancer for over 14 years.    She married Paul Chopp on July 16, 1968 in Munden Kansas.  They were married nearly 49 years before her passing.   She is survived by her husband Paul Chopp and their daughters Amy Johnson, husband Justin Johnson and children Makayla, Trevor and Zachary, Salina Kansas as well as Sandy Hovis , friend Amy Offenbacker and children Victoria and Devan Hovis, Lincoln, NE.  She is also survived by many loving cousins.  After graduation from Marymount College she taught at Notre Dame High School in Concordia, KS and then went on to be a professor at Marymount College in Salina, KS.  Several years later she and Paul decided to move back to Munden .  That is when  she chose to be a stay-at-home mom and support Paul in all of his endeavors.  She  took much pride in her husband, Paul, as she went to all of his band and vocal concerts and accompanied many of his students for concerts, recitals and contests.   She also enjoyed taking meals out to the field during harvest &  taking care of the large garden they always planted.   When her girls got older, she went on to become a part-time postal employee at the Munden Post Office and then became Post Master for several years.  She then changed roles and became the secretary for the St. Edward’s, St. George’s and St. Isadore’s Catholic churches in Belleville, Munden and Cuba, KS.   Marcia was a very devoted member of St. George’s Catholic Church in Munden where she played the organ for masses, weddings and funerals most of her life. She was also a member of the Czech Singers and regularly attended coffee at the Munden Community Center.   Marcia was very proud of her Czech heritage, of her many friends and relatives, and of the community of Munden.  A Funeral Mass will be held Thursday, March 16 th at 10:00 AM at the St. George Catholic Church in Munden with Fathers David Metz and Henry Baxa as Celebrants. Burial will be in St. George Catholic Cemetery. Rosary will be held 7:00pm Wednesday at Tibbetts-Fischer Funeral Home.

To order memorial trees or send flowers to the family in memory of Marcia Chopp, please visit our flower store.