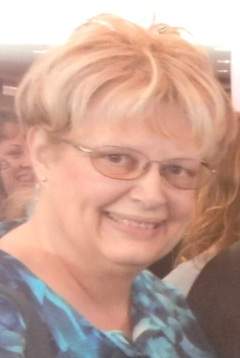 FAMILY WILL BE GREETING FAMILY & FRIENDS MONDAY 6PM TO 8PM AT THE FUNERAL HOME.

Memorials may be made to the Oaks Indian Mission; RC Jr.-Sr. High School or Family's Choice

Marcia Ann Kadavy, daughter of Oscar C. and Elenore A. (Bath) Roesener, was born January 18, 1956, in Dodge City, Kansas. She attended Richland Valley School and graduated from Dodge City High School in 1974. Marcia attended Dodge City Junior College where she graduated in 1976 and completed her college education at Kansas State University with a Bachelor’s degree in secondary education in 1978. Marcia then became employed as a social studies teacher for USD 427 at the junior high level in the fall of 1978 and remained a teacher in that district and then Republic County USD 109 for a total of 38 years before retiring in 2016. In 1992 she received her certificate as a Master Teacher. She was united in marriage to David John Kadavy on August 2, 1980. To this union two sons, Adam Isaiah Kadavy and Aaron Joshua Kadavy, were born. Marcia was an active member of Christ the King Lutheran Church in Dodge City and the American Lutheran Church in Belleville, Kansas. Marcia loved working with anything involving social studies and was readily involved in 4-H both as a child and as a leader in the Munden 4-H club. She was also a member of Delta Kappa Gamma for many years. Marcia passed from this life unexpectedly Friday, March 10, 2017 at the age of 61 years. She was preceded in death by her parents, Elenore and Oscar Roesener; one sister Jean Roesener; and a brother Keith C. Roesener. She will be forever remembered by her husband David of Munden; two sons Adam Kadavy, Scott City, Kansas and Aaron Kadavy and fiancée Michaela Finn of Denver, Colorado; her brother Donald Roesener and wife Jacci, Dodge City, Kansas; other relatives, teaching colleagues, and friends.

To order memorial trees or send flowers to the family in memory of Marcia Kadavy, please visit our flower store.