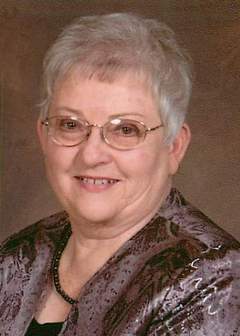 Marilyn graduated from Courtland High School in 1959 and attended Dental Hygienist School in Minneapolis, Minnesota.   On August 21, 1960, she was united in marriage to Maurice Elder Sothers  at the United Methodist Church in Courtland, KS. They resided in their home in rural Scandia, KS.

She was preceded in death by her parents, Vernon and Velma Woods, and her sister, Peggy Richmond.

Visitation will be held Sunday, November 30, 2014, from noon to 8 PM, with family receiving friends from 6-8 pm at Tibbetts-Fischer Funeral Home, Belleville, KS.  Funeral Service will be held at 10:30 AM at the Courtland United Methodist Church on Monday December 1, 2014.  Burial will be at the Courtland Cemetery following the service. Memorials may be made to the family. Tibbetts-Fischer Funeral Home, Belleville, Kansas are entrusted with these arrangements.

To order memorial trees or send flowers to the family in memory of Marilyn Sothers, please visit our flower store.