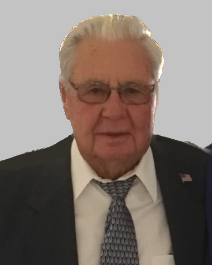 Marvin attended the White School District to the 8th grade, and then he attended and graduated from Mankato High School, class of 1952. He was drafted into the US Navy, and was honorably discharged in 1957.

He was united in marriage to Marjorie Eilene Gunn on August 10, 1963, in Webber, Kansas, and became father to her two boys, Richard Alan Sholtz and Michael Wayne Metzler.

Mac and Eilene made their home in Belleville, where they were members of the First Baptist Church.

Mac worked for the Kansas Department of Transportation in Belleville, where he retired as Superintendent. Following his retirement, Mac helped various area farmers during harvest time, and grew especially close to the Householder family.

He is preceded in death by his parents, wife Eilene in 2010, sister Faryl M. Lange and her husband Raymond.

Funeral Services will be Friday, January 27, 2023, at 10:00 a.m., at the First Baptist Church in Belleville. Graveside Services with U.S. Military Honors will follow at 1:30 p.m., at Evergreen Cemetery in Superior, Nebraska.

Memorials are requested to the First Baptist Church of Belleville, and may be sent in care of the funeral home.

To order memorial trees or send flowers to the family in memory of Marvin "Mac" McDill, please visit our flower store.