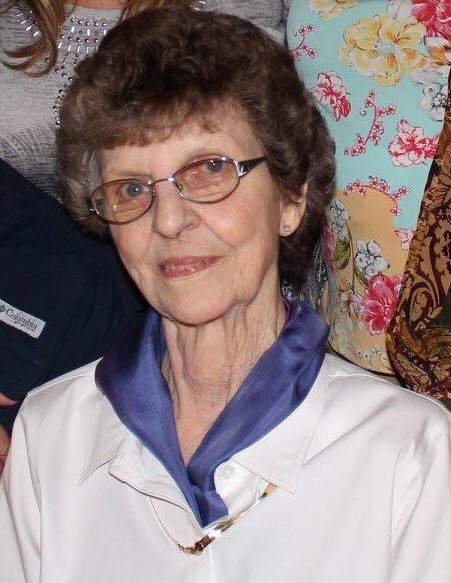 Mary Elizabeth "Beth" Sankey of Belleville, KS, age 82, died September 30, 2020 at the Belleville Health Care Center, Belleville, KS. She was born on September 10, 1938 to Norbert and Margaret Habiger in Concordia, KS. She was raised in Republic, Kansas and graduated from Republic High School in 1956. Beth continued her education at Ft. Hays State University and completed her Bachelor of Science in Education from Kansas University in 1960.

She married Don LeRoy Sankey on August 20, 1960 and taught in the Munden School District for one year. Soon after, the couple moved to Republic, where Don opened his own repair shop, and welcomed the arrival of Ronald, born on June 18, 1961. When Ron was in first grade, Beth went back to work teaching in the Republic Schools, and taught kindergarten for one year and then transferred to high school English. She directed many plays during her teaching career in Republic and enjoyed her students greatly.

Republic was home for the Sankey’s for many years. Both Beth's parents, Norb and Margaret, Don's parents, John and Edna Sankey, and brother and sister-in-law Norman and Helen Sankey were within shouting distance.  Not to mention, aunts, uncles, cousins, and countless, dear friends. The couple loved to entertain.

In 1970 the couple purchased the Chrysler-Dodge-Jeep dealership in Belleville, called Sankey Motors. She continued teaching and also kept books for the dealership for several years and they moved to Belleville in 1993. Her favorite pastime was reading, but coming close were knitting, cross-stitching, sewing and crafting.  Her Bridge Club, known as the "Mothers' Night Out" group, enjoyed years of entertainment at their husbands' expense.

She was preceded in death by her husband, her parents, and one brother, Jim Habiger.

Memorials are requested to the NCK Healthcare Foundation or the Belleville Public Library and may be sent in care of the funeral home.

To order memorial trees or send flowers to the family in memory of Mary Sankey, please visit our flower store.