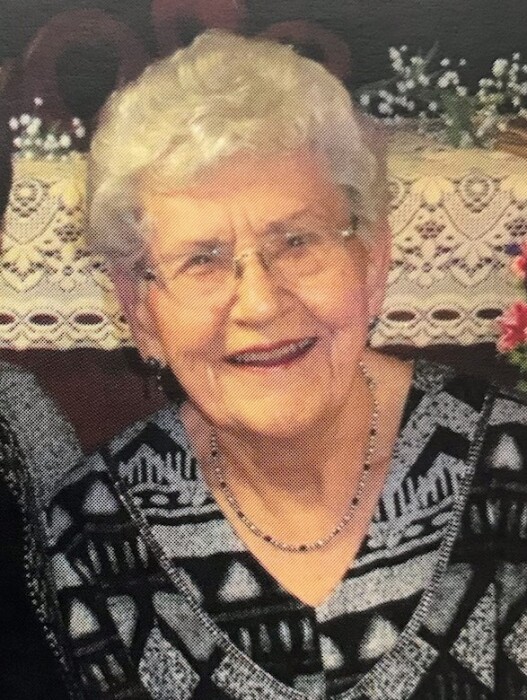 Melva Jane Parrack was born on April 21, 1924, on the family farm near Cuba, to Jerry and Julia Nettie (Svoboda) Kopsa. Melva attended Beebee Country School, and then graduated from Cuba High School, class of 1942.

Melva was united in marriage to Vernon Glen Havel on March 10, 1942, in Fairbury. To this union, three daughters were born, Linda, Joleen and Peggy. Melva worked in the Cuba Telephone Office before relocating to Douglas, Arizona, when Vernon was called up to active duty, where she worked for the War Services Department as a teletypist.

Following the war, Vernon and Melva returned to Cuba, where they purchased and operated Havel’s Café for over 11 years. Vernon passed away on November 28, 1969. Melva remarried to Dennis Jack Parrack on September 6, 1974, in Cuba. Jack passed away July 30, 1978.

Left to cherish her memories are her daughter Peggy Humpert and her husband Lyle of Tescott, Kansas, son in law Terry Baxa of Belleville, brother Jerry Kopsa and his wife Pat of Belleville; four grandchildren, 10 great grandchildren, nieces and nephews, and a community of friends.

Cremation was chosen, with Memorial Services to be held Saturday, April 17th, 2021, at 10:30 a.m., at the Cuba Presbyterian Church. Committal Services will follow at National Bohemian Cemetery #13, rural Cuba.

Friends may sign Melva's book at the funeral home on Thursday, April 15th & Friday, April 16th, from 9am - 5pm both days.

Memorials are requested to the VW Club, and may be sent in care of the funeral home.

Tibbetts-Fischer Funeral Home of Belleville assisted the Parrack family with these arrangements, www.tibbettsfischerfuneralhome.com

To order memorial trees or send flowers to the family in memory of Melva Parrack, please visit our flower store.