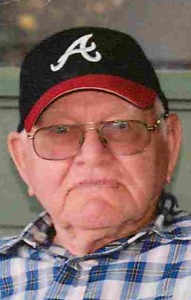 Melvin Eugene Ferris, son of Asa L. and Betsy Marie (Jotter) Ferris, was born January 6, 1927 in Narka, Kansas. He passed from this life Thursday, January 26, 2012 at the Heritage Care Center in Fairbury, Nebraska having just celebrated his 85 th birthday. Melvin attended grade school in Narka and graduated from Narka Rural High School in 1945.He was inducted into the United States Army on May 22, 1945 and traveled on a troop train to Camp Hood, Texas for basic training. His unit was scheduled to leave for Okinawa for the planned invasion of Japan, but the war ended before his unit was deployed. He was honorably discharged from the Army on October 15, 1946. Melvin returned to Narka to begin his farming career on the farm where he grew up. In addition to farming, he also spent several years as a custom harvester, following wheat harvest from Texas to North Dakota and harvesting fall crops at home. Along the way he made many friends and had many memorable experiences. Melvin was united in marriage to Shirley Rose Spradling on August 15, 1953 at the Presbyterian Church in Fairbury. To this union three children, Kathy, Brenda, and Steve were born. Melvin was a member of the Narka Presbyterian Church, Masonic Lodge No. 129 of Belleville, the Cuba American Legion Post No. 345, and the V.F.W. In retirement, Melvin enjoyed building go-carts and playhouses for his grandchildren, just like he did for his children. He rarely missed a ballgame that his grandchildren played in and he watched almost every Atlanta Braves baseball game on TV. He enjoyed playing cards, especially with his grandchildren and was just as happy whether he won or lost. He had a bit of a sweet tooth and did his best to keep the lifesaver company in business. Most of all though he enjoyed his family and often would just sit back and take it all in while the rest of the family carried on. Melvin was preceded in death by his parents; wife Shirley, daughter Brenda, sister-in-law Beverly Flagle, brother-in-law Ernie Strayer, and a nephew Dennis Flagle. He will be forever remembered by his daughter Kathy Kvasnicka and husband Doyle and son Steve Ferris and wife Renee' all of Narka; grandchildren Karmen Reynolds and husband Justin, Mindy Lawson, Brent Kvasnicka and fiancee Rachel Smith, Jordan Knox and wife Tina, Jeremy Knox, Colby Ferris and wife Alicia, Casey Hausman, and Allison Oxner; great grandchildren Anthony and Leah Moyer, Levi Reynolds, Shaylea, Braxton and Piper Lawson, Roni Knox, Corbin Slater, and Audrey Oxner; brother Manford Joyce Ferris, sister-in-law Marge Strayer, brother-in-law Dale Flagle, many other relatives and a community of friends.

Funeral services were held Monday, January 30, 2012 at the Presbyterian Church, Narka with Pastor Phil Goombi officiating. Burial was in Maple Grove Cemetery rural Narka with military honors conducted by America Legion William Fleming Post No. 345 of Cuba. Memorials may be made to the church or memorial of the donor's choice. These arrangements were entrusted to Tibbetts-Fischer Funeral Home, Belleville, Kansas.

To order memorial trees or send flowers to the family in memory of Melvin Ferris, please visit our flower store.