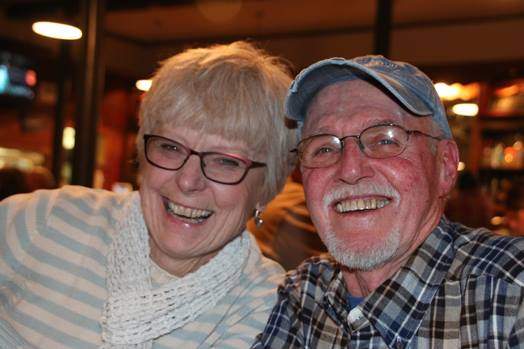 Michael Kamp Charles, 75, of Republic, died Wednesday, January 24, 2017, at Salina Regional Hospital, Salina, KS. Mike was born March 16, 1942 at Mumford Hospital, Belleville, KS. He was the first of three children born to Donald Evans Charles and Jean (Kendig) Charles. He graduated from Republic (KS) High School in 1960 and Kansas State University, Manhattan, KS with a bachelor’s degree in journalism in 1964. In 1971, he completed a master’s degree in journalism from Kansas State. After college, Mike traveled the world: he entered the Peace Corps and served in the Philippines, then returned to teach in Kensington, KS and enrolled in graduate school. After completing his master’s, he spent several years teaching English as a second language in Saudi Arabia.

In 1978, Mike returned to the family farm in Republic, KS to assist with the operation after his father, Don Charles, had a heart attack. At this time, he met his life companion of over forty years, Susie Haver, of Concordia, KS.  Mike later semi-retired from farming to start Business is Cookin’ catering with his longtime friend Charles Dietz, where he worked catering events and occasions across North Central Kansas and South Central Nebraska until his death. Mike served as mayor of his hometown for multiple terms, as well as on the boards of the Rae Hobson Memorial Library and the Kansas Barn Alliance. Mike embodied the spirit of the citizen activist through his passion for nature, the environment and conservation, as well as his activism on issues he felt strongly about, such as the farm crisis or against the nuclear White Train. Mike was a true humanitarian – always going out of his way to help those around him, whether with his hard work or his caring demeanor and compassionate nature. Mike enjoyed traveling and experiencing other cultures. He went often to Jamaica, where he made many friends and took a good many others to share in his love of their culture, including Dietz and his family. Jamaica colored many aspects of his life, from the cuisine touches he and Dietz mastered, to the laid-back and inclusive mindset that was his hallmark.

Part of a farm family established in 1868, Mike was preceded in death by his sister Nancy (Charles) Gabriel and his father Donald Evans Charles. Mike is survived by his mother, Jean (Kendig) Charles of Republic, his brother John Patrick Charles of Hays, KS, niece Christie (Petersen) Kairos (husband Sunny) of Portland, OR, nephew Dane Petersen (wife Jill Nienhiser) of Alexandria, VA, nephew Hayes Charles (wife Keri) of Coon Rapids, IA, niece Hayley Charles of Denver, CO, and nephew Evan Charles of Hays. Memorial services will be held at Republic High School on Friday, February 2, at 11 a.m. Pastor Roger Walls officiating. Private internment of remains will be at the Charles family plot at Lake Cemetery, Republic. Memorials may be made in Mike’s name to the family and will be distributed to charities of his choice.

These arrangements are entrusted to Tibbetts-Fischer Funeral Home, Belleville, KS.

To order memorial trees or send flowers to the family in memory of Mike Charles, please visit our flower store.