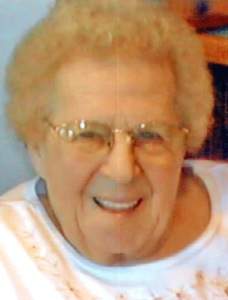 Norma Delores Berggren was born January 18, 1930 in Red Cloud, NE, the first daughter to Raymond and Eleanora (Smith) Noble. She spent her early years in the Red Cloud and Hastings area, where she raised her three small children, Donna, Gary, and Bob. She married Clarence "Bud" Berggren on August 3, 1954 in Boulder, CO and thus began their journey of 57 years of marriage. To this union another child, Paula, was born. Shortly after her marriage to Bud the family moved to Republic, KS where they lived until 1963 when they relocated to the Berggren family farm in rural Scandia. Norma worked as a cook at the Scandia High School until the late 60's, as well as being a homemaker and devoted mother. Norma never let anyone go hungry and could find creative ways to keep everyone fed, even if the only thing on the menu was sweet potatoes. Cookie day was always a grand affair in which she would make dozens upon dozens of different types of cookies, filling every available counter space in the kitchen. Summers were filled with evenings eating watermelon and churning ice cream. Everyone was welcome at the table, whether it was a friend who just stopped in to say hello, or the carpenters whom she fed every day during their construction projects, at her insistence. Norma had a huge heart and it was more often than not that you would find an orphaned piglet or lamb getting the VIP treatment on the back porch. As soft as she was, she was also practical and could dress chickens without the weeping and hysterics of her daughters, granddaughter, and daughter-in-law. Always honest, she was never cruel with her critiques and would encourage success through example, rather than criticism. "Don't hold a grudge, it's the heaviest thing you will ever carry", she often told her children, and did her best to live by these words herself. Norma endured many heartaches and pains in the last few years with the passing of her daughter and her own ailing health, but her spirits were always high and her time with family always cherished. Norma and her daughter Donna were cut from the same cloth, and although their time with us has passed, it is a comfort to know that they are in each other's company again, sipping coffee, remembering the good times, and still taking care of all of us together. Norma passed from this life Friday, January 6, 2012 while a patient at Republic County Hospital, Belleville, Kansas at the age of 81 years. She was preceded in death by her parents and daughter Donna Derowitsch this past summer; brothers Raymond, Wardie, Leland, and Kermit. She will be forever remembered by her husband C.F."Bud" Berggren of their home; sons Gary Cline, Scandia and his children Brian and Rana Cline and Bob Cline and wife Pat, Belleville and their children Thadd and Shelly Cline; daughter Paula Swenson and husband Roger, Lyons and their children Wesley and Staci Swenson; son-in-law Lloyd (Donna) Derowtisch and their children Tim, Tom, and Chad Derowitsch; great grandchildren Emma & Ashlyn Derowitsch and Logan Swenson; her sister Evelyn (Dan) Dubose, Brawley, California.

To order memorial trees or send flowers to the family in memory of Norma Berggren, please visit our flower store.