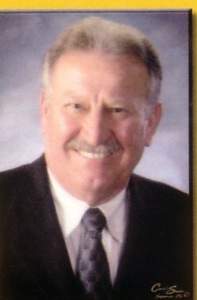 Norman Virgle Hanshaw, son of Virgle and Marguerite (Menke) Hanshaw, was born October 26, 1943 outside of . Norm attended the Haddam public schools graduating from in 1961. He continued his schooling at graduating in 1963 and graduated from in 1965. He was a "proud" Husker! At an early age his father introduced him to his love of horses and he competed in horse shows throughout . In 1962 Norm was married to Connie Junker and together they had one daughter, Carmen. During and after his college years, Norm worked for Montgomery Ward. After a few years he joined his father-in-law, Harold Junker, in the Polled Herford business. In 1969 Norm bought the Belleville Implement business in , becoming the youngest dealer in the John Deere Kansas City branch. After 19 years of business, Belleville Implement merged with the and stores to create Twin Valley Implement. Norm sold and retired in 2003. During his retirement years, Norm worked as a part time sales representative for Stock Auction Company. Norm was a member of the Lions Club, Masonic Lodge, Isis Shriners, Eagles, Moose, and the Elks. He was also a member of the Belleville Country Club. He was an avid fan of Carmen, Thayne, and Norris' sports teams; enjoyed snowmobiling; and especially spending as much of his free time as possible at his cabin on . On May 31, 1985 Norm married Debara Tuley-Poole. Together they traveled many places far and wide. Norm was so proud to be an uncle to his newest nephews, Jackie and Charlie Welch. Norm loved life; he worked hard and he played hard. His life on this earth came to an end far too soon as he passed away Friday, April 29, 2011 at the Republic County Hospital in Belleville, Kansas in the presence of his loving family. He was 67 years of age. Norm was preceded in death by his father Virgle; beloved daughter Carmen in 1984; and his sister-in-law Cathy Hanshaw. He will be forever remembered by his wife Deb of their home; sons Thayne Poole and Norris Poole and wife Cara all of ; mother Marguerite Hanshaw, ; brother Dennis Hanshaw, ; and sister Cheryl (Willard) Zenger, Haddam. He is also survived by several sisters and brothers-in-law, nieces, and nephews; and numerous friends. Norm will be forever missed by all those who knew and loved him most.

Funeral services will be held 11:00 AM, Wednesday, May 4, 2011 at Norm & Deb's cabin at Lovewell Lake (directions may be found on the website). Burial will be in . A reception for everyone will be at the Belleville Country Club following the committal service. Memorials may be made to the Power Up John Deere Scholarship or NCK Healthcare Foundation in care of the funeral home. Visitation will be Monday 5-9 and Tuesday 6-8 when family will be greeting friends at Tibbetts-Fischer Funeral Home, . www.tibbettsfischerfuneralhome.com

To order memorial trees or send flowers to the family in memory of Norman Hanshaw, please visit our flower store.