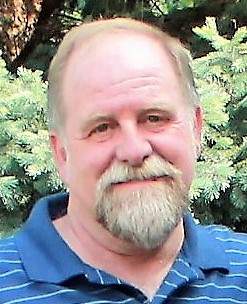 Paul received his education in Courtland, Kansas, at the local elementary and high school, graduating in 1973. He continued his education in Beloit at the NCK Technical College, focusing on Heavy Equipment. e cPaul was united in marriage to Jana Burge on November 2, 1990, in Republic, Kansas.

Paul was an honest and kind man, who was never afraid to stand up for or say what he believed. He was a loving husband and father, and enjoyed a simple life in rural Kansas. In his younger years he worked as a hired hand for local farmers, drove truck, and worked at Reinke Manufacturing. He then focused on developing his craft and skills in plumbing and sheet metal fabrication. He spent almost 35 years working for Tebow Plumbing Company in Courtland, Kansas, and mentored under Howard Tebow. He enjoyed working alongside Craig and the Tebow crew for his entire adult life. He enjoyed his trade and providing the best service to his customers. Paul lived by the mentality of “you always leave any job better than you found it.”

Paul had a love for racing and enjoyed following NASCAR and collecting race car models. He spent many hours in his wood shop crafting and building. His personal affiliations included the National Rifle Association, a member of the Courtland Masonic Lodge No. 211, and he attended the United Methodist Church of Courtland.

Paul was preceded in death by his parents, George & Opal Jean Chase in 2002 and 2009, and grandparents.

Direct cremation services were chosen, there will be no visitation. A celebration of life service is planned for Friday, March 1st at 11am at the Republic United Methodist Church, with Tibbetts Fischer Funeral Home assisting the family with arrangements.

Memorials may be given to: Republic United Methodist Church, Solomon Valley Hospice or donor’s choice.

To order memorial trees or send flowers to the family in memory of Paul Chase, please visit our flower store.