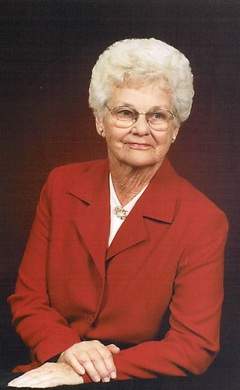 Norma Jean Stafford was born May 16,1921, in Ellsworth, Kansas . When she was four, she would wheel her doll buggy around the neighborhood and knock on doors in the neighborhood. If someone would come to the door, she would say, “I am Mrs. Pecky and I’ve come to call.” Ever since then she was always called “Pecky”. When she was in first grade her family moved to Great Bend. Two years later they moved to Smith Center where she grew up. During her sophomore year they again moved to Concordia. She graduated from Concordia High School. After high school she attended Kansas State College and was a member of Chi Omega Sorority. While at Kansas State she met Charles Stafford. When he was inducted into the Army they were married on February 12,1942. Before “Charlie” was sent overseas they were stationed in Georgia, Virginia, Florida and Tennessee.  When she became pregnant she went to live with her parents in Smith Center. Susan was born on February 16, 1944. One week after Susan was born Charles was sent overseas for two years. After he returned from the war, he took a job with a seismographic crew. Soon they decided that this was not a life they wanted so they returned to the family farm that was north and east of Republic. While there Sharon was born on May 24, 1948. After ten years on the farm they moved to Belleville where they built one of the first houses on Sunset Drive. Pecky was Mother Advisor of Rainbow Girls for several years, a member of the Methodist Church, PEO, Coke Club, Mahjong, Red Hats, and Ladies Golf Association. Charles and Pecky both loved golf and played all over the United States, Canada, Germany, Mexico and Spain. She was preceded in death by her loving husband Charles in 2000, and her daughter Susan in 2005.  “Pecky” is survived by her daughter Shary and her husband David, who live in Broomfield, Colorado. She also had three grandsons that were the joy of her life: Zachary, and his wife Wendy, and the twins, Sean and Evan. A graveside inurnment service will be held 9:30am Friday, March 28, 2014 at Washington Cemetery, rural Republic, Kansas.  A small reception with the family greeting friends will follow at 10:30am the First United Methodist Church in Belleville, Kansas. Memorials can be sent to North Central Kansas Health Foundation or the Methodist Scholarship Fund.

To order memorial trees or send flowers to the family in memory of Pecky Stafford, please visit our flower store.