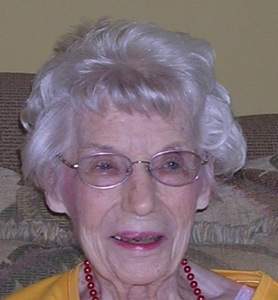 Philena Deane Merten Smith, a resident of Belleville for over 40 years, was born June 26, 1915 in rural Clay County Kansas to Philip Paul and Lena Bahr Merten.  She died Friday, April 5, 2013 in Euless, Texas at the age of 97years.  An only child, Philena (her Mother called her Newcome) grew up on the family farm near Morganville, Kansas. She became an accomplished tennis player on their farm court, coached by her proud father.  As a teen she traveled widely around the US with her parents. After completing a bachelor's degree at Kansas State University, where she was a member of Delta Delta Delta sorority, Philena continued career preparation at a Dietetics Internship in Boston. She worked at a large hospital in Philadelphia prior to her marriage to Clarence Smith (Smitty), a Civil Engineer also from Clay County, Kansas. Pursuing Smitty's career took them to a variety of locations including New Mexico, Nebraska, Illinois and eventually back home to Kansas. Smitty and Philena (most people knew her as Phil) raised three children, Philip Merten Smith (who predeceased his Mother), Jan Carole Davich and Nan Carole Martin. With additional education Phil returned to work as a Registered Dietitian consultant in North Central Kansas. She practiced what she taught to clients, was physically fit and neighbors on Sunset Drive in Belleville saw her walking almost daily until her 90s. She was a blood donor into her seventh decade. Phil was an avid bridge player and usually owned a well behaved Pekingese dog. In later years, Phil and Smitty enjoyed traveling the world extensively with longtime friends from university days.  Smitty died in 2001 after a brief illness and Phil moved to Texas to be closer to family a few years later. Philena Merten Smith is fondly remembered by her two daughters, her son-in-law Steve Martin, grandchildren Cara Martin Perry, Brad Martin, Lyn Lesovsky Bjorgo, Steffany Smith Spencer, great-grandchildren, one great, grat grandchild and friends. Inurnment will be in Greenwood Cemetery in Clay Center, Kansas where private family services will be scheduled at a later date. Contributions to the Presbyterian Church of Belleville, Kansas are suggested in memory of Philena. Tibbetts-Fischer Funeral Home, Belleville, Kansas is handling these arrangements.

To order memorial trees or send flowers to the family in memory of Philena Smith, please visit our flower store.