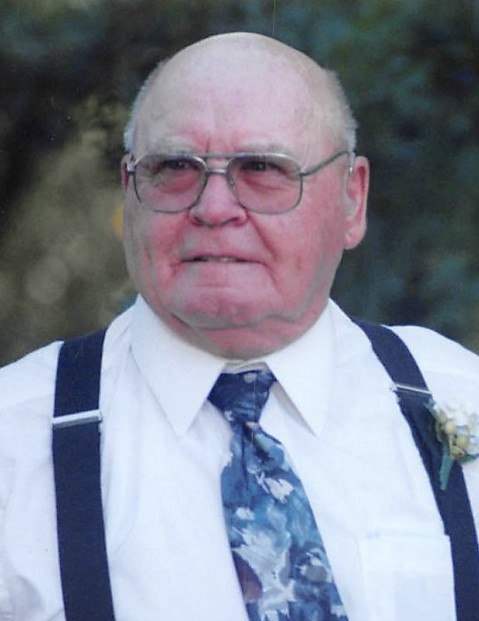 Ralph's Tribute Video may be found on this page, following his obituary.

Ralph was the youngest of 8 children. Ralph was born northwest of Formoso. The family later moved to south of Montrose, where he attended school and graduated in 1942.

Coyote hunting was one of his favorite pastimes when he was growing up. He took in all of the hunts within 25-30 miles. His nickname growing up was Rats, the basketball coach called him that, but he never knew why. He was proud of his high school athletic accomplishments.

After Ralph and Joy were married in 1946, they began to follow his childhood dream of farming southwest of Montrose. They later moved to the current homestead on the hill. It was through his love of farming and livestock that he instilled (demanded) the hard work ethic in his children. One of the fond memories he had was all of his children drove the 9N Ford Tractor easily. Ralph loved being a wheat farmer, and often said “If it wasn’t for crop rotation, I would never plant anything but wheat.”

Ralph continued his love of farming actively through fall harvest of 2020, driving the tractor and grain cart for 40 straight days.

Friends may sign Ralph’s book at Tibbetts-Fischer Funeral Home in Belleville on Tuesday, April 13th, 2021, from 9am – 8pm, where Ralph will lie in state from 4pm – 8pm, the family will not be present.

Memorials are requested to Solomon Valley Hospice, and may be sent in care of the funeral home.

To order memorial trees or send flowers to the family in memory of Ralph Dunstan, please visit our flower store.