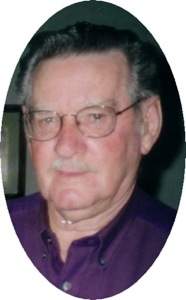 Raymond "Ray" Burton, son of George and Stella Burton, was born August 20, 1933 in . He passed from this life following a short illness on Thursday, January 7, 2010 at Long Term Care in at the age of 76. He attended Excelsior and schools until he joined the United States Navy in 1951. During the Korean War, Ray served as a gunner's mate 3rd class on the U.S.S. Higbee from 1951-1955. Following his service, he returned to and began working at Derowitsch Plumbing & Construction. On June 10, 1956, Ray was united in marriage to Delores "Dee" Freed and to this union of over 53 years, two daughters, Connie and Cheri were born. Ray was preceded in death by his parents and infant brother Bobby Ray. He will be greatly missed, but forever remembered by his wife Dee of the home; daughters Connie Levendofsky (Fred) of rural Republic, KS and Cheri Williams (Fred) of Chino, California; grandchildren Nicholas and Kristen Levendofsky and Brett and Breagan Williams; and great-grandchild Amari Williams; "Calvin" his beloved canine companion; and a community of family and friends. Funeral services were held at 2:00pm Monday, January 11, 2010 at in with Mr. Randy Paugh officiating. Burial will be in the of rural Courtland.

To order memorial trees or send flowers to the family in memory of Ray Burton, please visit our flower store.