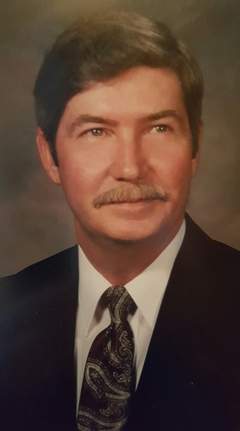 Richard Keith Calkins, son of Glen & Lois Calkins, was born October 7th, 1950 in Fairbury, Nebraska, and died January 12, 2016 at age of 65 living in Belleville, Kansas.  Richard attended Fairbury schools until his junior year in high school and moved to Belleville where he graduated from Belleville High School in 1969. Richard was united in Marriage to Paula Lewellyn in Scandia, Kansas, on May 29th, 1970. To this union, two children were born:  Troy and Angela. Richard was proceeded in death by his parents, Glen and Lois.  Richard will be forever remembered by his wife Paula of 45 years, children Troy (Jana) Calkins of Olathe Kansas, Angela Sjogren of Concordia, brothers Mike (Jackie) Calkins of Pensacola, Florida; Brian (Carol) Calkins of Milford, Kansas; and Kevin (Kathy) Calkins of Belleville, Kansas; grandchildren Evan and Claire Calkins and Brianna & Samantha Sjogren. Richard will be missed by many other relatives and friends. Richard was skilled at building things. From community projects to residential construction, he had a talent for putting things together.  He would tinker and build items for his children, built them stilts and taught them to ride a unicycle.  He was incredibly creative with a talent for drawing. Richard had his own construction company for years.  He worked on the railroad for more than a decade-- starting at the Rock Island with his father Glen, worked with his father-in-law Dale on another railroad company, and finished his railroad career in Kansas following several mergers.  Richard spent seven years with the national guards. He also spent many years working as a Sherriff's deputy of Cloud County and a City police officer of Belleville . He retired in 2012 after 12 years with the City of Belleville as a power plant operator.  He was a member of the Moose Lodge, the Legion of the Moose and the American Legion. He was actively involved as a Boy Scout leader helping his son achieve the rank of Eagle Scout.  Richard enjoyed the outdoors, camping and boating.  Many have fond memories of Richard pulling them behind a sailboat in a dingy or behind a motorcycle on a sled in the snow.  He enjoyed making Paula happy by taking dance lesson with friends throughout the week.  He also loved riding with her on his motorcycle in the warm summer months and was a part of the American Legion Riders of Concordia, Kansas.  He lived a full life and will be missed by many.

To order memorial trees or send flowers to the family in memory of Richard Calkins, please visit our flower store.