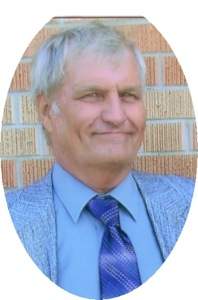 Richard Ray Nelson was born April 7, 1948, son of Ray G. and Leota (Lundblade) Nelson at , and passed away Tuesday, February 15, 2011 at the in at the age of 62 years. Richard was the first of three sons born to Ray and Leota. He was joined by Martin and Kenneth. The Nelson boys were tragically left motherless on January 22, 1957 after their mother lost her battle with cancer. The loss of their mother brought the boys close together in a special bond that would last for the rest of their lives. Many people in the community can attest to the closeness of "The Nelson Boys." Following their mother's death, Richard, Martin and Kenneth moved in with their grandmother Mabel Nelson. The boys were very close to both Grandma Mabel and Grandpa Gus, and built many memories that would last a lifetime. On June 7, 1959 Richard's family grew larger when his father married Zella Walter-Miller. This marriage added two new brothers, Floyd and Howard, and a sister Bonita. Richard graduated from in 1966. He was very proud to tell people that he was a "Courtland Tiger!" He was even more proud to say that he was a member of the Class of 1966. This class was a very close group of kids that have continued their friendships through the years. In the fall of 1966 Richard enrolled in . This decision would change his life forever, because this was where a young girl from caught his eye. Richard graduated from CCCC in May of 1968. He was married to Susie Ann Swihart at the on August 24, 1968. To this union two sons were born, Richard Craig and Jeremie Wayne. Richard continued his college education at and graduated in May 1970. He returned to Courtland to begin farming with his wife and young son Craig. The "Uncle Sam" came calling and Richard was drafted into the United States Army. When he left his wife and son to become a soldier, his second son Jeremie was on his way. Upon discharge for the Army, Richard returned to his family in rural Courtland. His wife and boys joined him on a farm south of Courtland that Richard would farm for the rest of his life. He was proud to be a farmer but even more proud to be a cattleman. Richard's cows were his babies and he would place them as top priority on any list. He spent most Friday afternoons in the seats of Mankato Livestock buying and selling cattle. Through the years, Richard was proud of his community involvement. He has served on many church and community boards and organizations. He was a lifetime member of being baptized May 1, 1949 and confirmed on April 15, 1962. He served on the Ada Church Council for 16 years as well as the various committees that help run the church. He was also proud of his service on the Pike Valley School Board, Courtland Rural Fire Board, Courtland Community Club, Courtland Fun Day Committees, and Scandia American Legion. Richard was preceded in death by his parents; son Jeremie and granddaughter Kassidy; and brothers Martin, Floyd, and Howard. He will be forever remembered by his wife Sue of their home; son Craig and wife Darcy, Washington, Kansas; daughter-in-law Christel Nelson, Courtland, Kansas; grandchildren: Ryan, Dylan, and Tyler of Washington, and MaCaela, Cheyenne, Josie, Jackie of Courtland; brother Kenneth and wife Deanna, Courtland, Kansas; sister Bonnie Hobson and husband Gary, Colony, Kansas; sister-in-law Marla Nelson, Salina, Kansas; numerous extended family; and many friends.

Funeral services were held Friday, February 18, 2011 at , rural with Pastors Delvin Strecker and Art Bliese officiating. Burial was in with Military Rites conducted by American Legion Albert Isaacson/James Larson Post 193 of Scandia. Memorials may be given to the church or . Tibbetts-Fischer Funeral Home, was in charge of these arrangements.

To order memorial trees or send flowers to the family in memory of Richard Nelson, please visit our flower store.