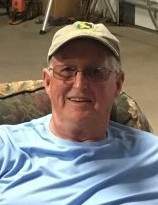 Robert George Carlson was born on February 27, 1948 in Concordia, Kansas to John Theo and Laverta “Bert” (Farmer) Carlson.  Robert grew up on the family dairy farm between Courtland and Formoso and attended Courtland Public Schools.  He graduated from Courtland High School in the class of 1966.  Following high school graduation, he attended Fort Hays State University and graduated in May 1971 with a B.S. degree in Ag Economics.

On June 12, 1971, he married the love of his life, Janice Lynette Carlson at the United Methodist Church in Belleville, Kansas.

The end of July 1971, Robert and Jan began their first life adventure with a 2-year assignment with Peace Corps arriving in Tehran, Iran August 1, 1971.  After language and cultural training, they were assigned to Boujerd Agriculture Technical School.  Robert’s job was to train students how to use machinery for farming, new irrigation methods and finished his tenure by designing and building a modern dairy barn with mechanized milking capabilities. They returned to the US in August of 1973.  Jan began her teaching career teaching Kindergarten in Jewell, KS.  Robert began his career farming with his father John and working at the CO-OP elevator.

Following his father’s untimely death on April 5, 1977, Robert began farming full time and moved his family to the Carlson Family Farm in October 1977.  He retired from farming in 2019.

Robert passed away peacefully at his home, The Carlson Family Farm established in 1904, with his family at his side on August 23, 2022 at the age of 74 years, 5 months and 27 days.

He is preceded in death by infant son Jonathan 1975, his parents John and Laverta Carlson and father-in-law, Casey Goodwin.

Memories of Robert will be cherished forever by his wife Jan, daughter Robin Carlson of Marie Chiquita, Panama, daughter Amber Carlson and Marc Pascuzzo of Conifer, Colorado and son Jon Carlson and his wife Amanda, and grandchildren Gunnar and Caroline of Manassas, Virginia.  Papa will always be remembered by his numerous chosen grandchildren including Maddy, Gage and Kollins Hanel.  Robert is also survived by his sister Michelle “Shelly” Gabel and her husband Dale, nephew Jason Fixsen and wife Christie and their daughter Jaycee, nephew Josh Fixsen and his wife Liz and their son Ethan, mother-in-law Shirley Goodwin of Belleville, as well as other family and a community of friends.

Visitation will be on Thursday, September 1, 2022, from 9am – 7 pm, with family greeting friends from 5pm – 7pm, at Tibbetts-Fischer Funeral Home.  Memorial Services will be held Friday, September 2, at 4:00 pm at the United Methodist Church in Courtland with Pastor Sandra Jellison-Knock officiating.  The service will be live streamed via the Courtland UMC Facebook page beginning at 4 pm.  A private family inurnment will occur at a later date at the Courtland Cemetery.

In lieu of flowers, memorials are requested to Pivotal Health & Wellness of Courtland, or the United Methodist Church of Courtland, and may be sent in care of the funeral home.

Tibbetts-Fischer Funeral Home is assisting the Carlson family with these arrangements, www.tibbettsfischerfuneralhome.com

To order memorial trees or send flowers to the family in memory of Robert G. Carlson, please visit our flower store.