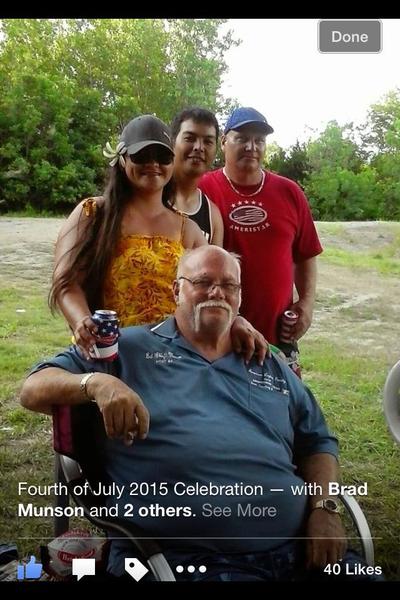 He was born to Robert E. Munson, Sr. and Valerie (Winters) Munson in Honolulu, Hawaii at the Tripler Military Hospital.

After attending school in Hawaii and Nebraska, Rob made his home in Belleville, Kansas.  He was a painter by trade and has painted several homes in Belleville. He enjoyed fishing, camping, and dirt bike racing. He was a member of the Sons of the American Legion.

He was preceded in death by his mother Valerie Holden and his sister Tracy Munson.

Funeral arrangements are with Tibbetts-Fischer Funeral Home in Belleville, Kansas.  Graveside inurnment services will be Saturday, November 14, 2015 at 1:00pm at the Washington Cemetery, rural Republic, Kansas. A memorial service will be held at the Pittsburg American Legion Post #64 on Sunday August 23 at 6pm.  All family and friends are invited to attend.

To order memorial trees or send flowers to the family in memory of Robert Munson Jr., please visit our flower store.