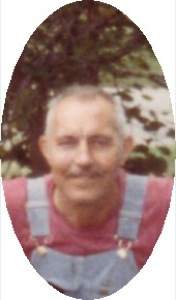 Robert Eugene (Bob) Simmons went to meet our Lord Jesus on Saturday, September 18, 2010 in at the age of 81 years. He was born on May 15, 1929 on a farm in Jewell County, Kansas to Alva and Ethel (Lauritzen) Simmons. Bob attended public schools and graduated from in 1947. He immediately joined the Air Force where he served for nearly 22 years retiring in 1969. He returned to his roots, moving to where he worked for the City of 's power plant until retirement. Bob met and married Charlene Mullins, his wife of 39 years, in 1951 while serving in the Air Force. From their union, five children were born as they traveled from base to base. Charlene went to be with the Lord in 1990. Bob was also preceded in death by his parents; brother Donald Simmons; sister Maxine Symmes; and three grandchildren Kristin, Melissa Lynn, and Mark Jr. He will be forever remembered by his son Mark and wife Caroline Simmons, Quanah, Texas; his daughters Deborah and husband Stanley Boyer, Wichita, Kansas, Joni Canfield, Basehor, Kansas, Brenda Ward and Tina Simmons, Belleville; his brother Oliver Simmons, Scandia, Kansas; sister-in-law Darlene Simmons, Belleville; his grandchildren Jennifer Harrison, Johney Ward, Mandee and husband Billy Webb, Melissa Canfield, John Robert Simmons, Bradley Boyer, Cayla Ward, and Michael Boyer; his great grandchildren Stacia Ward, Jaden Ward, Charlee Ward, Cameron Ward, Ashlyn Ward, Alexis Ward, Makayla Simmons, Ashlyn Simmons, and Weston Simmons; many other relatives and a host of friends. Bob will be forever remembered for his passion for reading, sports, and his great love for his family, his generosity, and for his kind heartedness. He would do anything for anyone! He enjoyed Scrabble, cards, dominos, and gardening. He will be greatly missed!

To order memorial trees or send flowers to the family in memory of Robert Simmons, please visit our flower store.