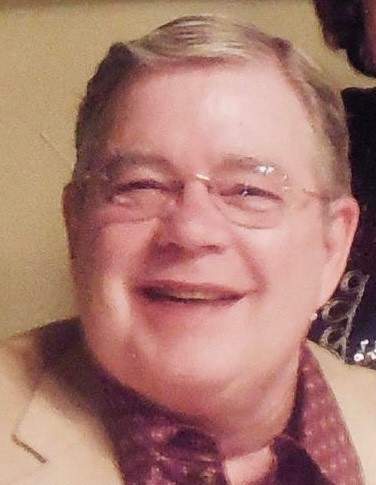 Bob's Tribute Video can be found on this page, following his obituary.

Robert “Bob” Kirkpatrick Weary, Jr. passed away peacefully at his home in Evergreen, Colorado on Friday, July 16, 2021, at the age of 73.

Bob, lovingly known as “Kirk” to his family, was born December 27, 1947, in Cambridge, Massachusetts.  He was the son of Robert K. and Dale (Jellison) Weary.  Bob was raised in Junction City, Kansas, and it was in his youth that he developed his love for the mountains, spending summers in Estes Park at the YMCA camp.

He attended schools in Junction City and graduated high school from Garland School in Chester, New Jersey in 1965.  Following high school, Bob returned to Kansas and attended Ottawa University in Ottawa, graduating in 1970 with a Bachelor of Arts degree.

On August 3, 1968, Bob was united in marriage to Nancy Edgar at the First Presbyterian Church in Junction City, Kansas and were happily married for nearly 53 years.  Bob and Nancy lived in Ottawa until his graduation from college and while there, their son Brian was born on August 9, 1969.

In 1970, Bob and Nancy moved to Belleville, Kansas, and became owners of Belleville Cable TV Systems where they would remain owners for 30 years.  During this time, Bob was busy improving and buying other cable systems.  On October 28, 1972, their second son, Eric, was born.  They enjoyed small town living and raising their sons in Belleville.

In 2000, Bob was inducted into the Mid-America Pathfinders Club which is made up of cable professionals that have at least 20 years of service and have made an impact on the cable industry.

While in Belleville, Bob was active in the community.  He was a member of the Chamber of Commerce and served as the president in 1977.  He was also involved with the Eagles Club, Elks Club, Lions Club, and the Belleville Country Club.  Bob was on the NCK Fair Amusement Board for twenty years.  He volunteered for the local Boy Scouts troupe as a Pack Leader, and many other various projects to support his community.

Bob and Nancy remained the cable owners until their retirement in 2000.  It was then that Bob and Nancy decided to follow their dream of living in a log home in the Rocky Mountains and moved to Evergreen, Colorado.

Bob enjoyed playing golf, fishing, hunting, and flying.  He was a voracious booklover, often reading several books each week.  The invention of the Kindle helped to reduce the weekly trips to Barnes & Noble.  He believed that education and hard work were of great importance, but his greatest pleasure of all was watching his family grow.  Bob was devoted to his family above all else.

Bob was very generous and believed in giving back to his community.  He was a supporter of the Republic County Hospital, Belleville Public Library, YMCA of the Rockies and Junction City, Mile High United Way, Evergreen High School Theatre, Breeder Release Adoption Service for Abused Dogs, Mount Evans Home Health & Hospice, First Presbyterian Church in Junction City, and many other charitable organizations. He was also a Gold member of the NRA.

He is survived by his wife Nancy, who will miss him very much; son Brian K. Weary of Salina and his two children, Bryan K. Weary of Lawrence, Kansas, and Samantha Driscoll and her husband Connor and their children Rowan and Shawn of Russell, Kansas; son Eric M. Weary and his wife Nicole, their two children Alexandra and Nicolas of Evergreen, Colorado. Bob is also survived by his sister Gifford Weary and brother in-law David Angelo of Columbus Ohio; sister Dale Clore of Manhattan KS, brothers in-law Terry Edgar and his wife Lisa of Wichita, and David Edgar and his wife Marie, and several nieces and nephews, and loving puppies, Kellie and Buddy.

May peace be with us all as we accept the passing of Bob.

Visitation will be Friday, July 23rd, from 9am – 7pm at Tibbetts-Fischer Funeral Home, where the family will greet friends from 4pm – 6pm.

Memorials are requested to the Republic Co. Hospital, the Belleville Public Library or the Boy Scouts of America, and may be sent in care of the funeral home.

Tibbetts-Fischer Funeral Home of Belleville assisted the Weary family with these arrangements, www.tibbettsfischerfuneralhome.com

To order memorial trees or send flowers to the family in memory of Robert "Bob" Weary, Jr., please visit our flower store.