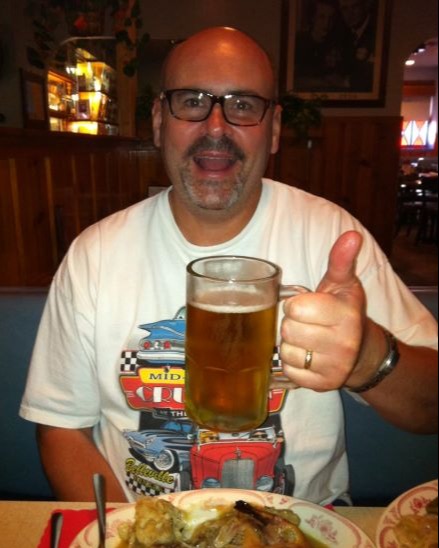 Ron was born May 29, 1962 in Belleville to Elvin and Margaret (Fowler) Ball. He was baptized at the Christian Church in Belleville, Kansas.  Ron passed away unexpectedly October 15, 2022, at Community Memorial Healthcare in Marysville, Kansas.

Ron attended Belleville High School, graduating in 1980.  After graduation, Ron enlisted in the U.S. Army and served as an armorer.  He attended basic training in Fort Knox, Kentucky and served his country while stationed in Germany until 1987.

Ron met the love of his life, Debra Wilber, on April 11th of 1987, at the Fireman’s Ball in Belleville.  They were united in marriage on September 1, 1990 at the United Methodist Church in Belleville.  The couple then made their home in Belleville.  Ron worked as a Star Route Driver for the United States Postal Service and later at Rural Gas while attending Cloud County Community College and earning his Associates of Arts Degree in Administration of Justice.  After graduation, Ron applied and accepted work as a Republic County Deputy.

Ron and Deb moved to Marysville in 1995 and Ron worked for the Marysville Police Department for a short time before he became a Railroad Conductor and then an Engineer for Union Pacific Railroad.  Ron retired in 2021 after 23 years “on the tracks”.

Ron’s passions in life included his family, his motorcycles and hunting.  Ron was known to be at the sidelines at many of his nieces and nephews activities.  He was quick with a quip or a “slam” and was often referred to as the “Fun” Uncle for numerous shenanigans.

Ron, an avid reader was interested in history and often referred to as a walking encyclopedia.  You could often find him working endlessly on his bikes and cars.  On his many cycle trips, he enjoyed taking the back roads, most likely looking for roads to explore on future rides.  Ron was a practiced beer connoisseur and surprised many with his culinary talents!

Ron was preceded in death by his parents.

In lieu of flowers, memorials are requested to the NCK Healthcare Foundation to benefit Physician Recruitment, or to benefit youth hunting safety in care of NCK Pheasants Forever and may be sent in care of the funeral home.

Fond memories and expressions of sympathy may be shared at www.tibbettsfischerfuneralhome.com for the Ball family. Tibbetts-Fischer Funeral Home is assisting the Ball family with these arrangements.

To order memorial trees or send flowers to the family in memory of Ronald E. Ball, please visit our flower store.