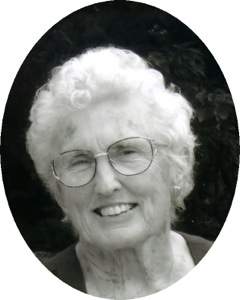 Ruth Evelyn (Kackley) Mitchell Walker, 79, passed away Friday, February 19, 2010 at her home in . Ruth was born April 18, 1930 to Marvin Addison Kackley and Edith Kempton Kackley at their home in rural . She attended Rural 99 grade school and graduated from in 1948. Ruth graduated nursing school from in in 1951. She worked as a nurse at in , , , Concordia, , , , and Southern Baptist Hospital in . She loved working in the new born nursery the best. On February 15, 1953 Ruth married Dr. Alec Mitchell and became mother to Alex and Jeff before adding Steve, Mary, and Ann to the family. They lived and worked in . They also did medical mission work in , , and . Ruth was a member of First Presbyterian Church in ; she was a past President of PEO, belonged to Douglas County Medical Auxiliary, American Nurses Association, and District 17 of Kansas Nurses Association. After Alec' death Ruth married Dean Edward Walker on December 23, 1993. They lived on a ranch near where they enjoyed riding and training horses. Ruth and Dean spent their winters in Southern California and rode trails in seven states and . They won awards team penning and Ruth enjoyed watching Dean team rope. Ruth will be greatly missed by her husband Dean of their home; her sons Alex Mitchell and wife Leigh Ann of Wichita, KS, Jeff Mitchell and wife Janice of Houston, TX, Steve Mitchell and wife Melissa of Baldwin City, KS; daughter Ann Pearson and husband Ed of Baldwin City, KS; ten grandchildren; eleven great grandchildren; sisters Enid McMenomy of McPherson, KS and Norma Nelson of rural Jamestown, KS; many nieces and nephews and a multitude of friends. She was preceded in death by her parents; first husband Alec; daughter Mary; great granddaughter Ella; sister Neva Harbaugh and husband Clark Harbaugh; niece Cherie Harbaugh; and brother-in-law Bob Whitley

Memorial services were held Tuesday, February 23, 2010 at the , with Pastor Kathy Aeillo officiating. Inurnment services will be held this spring in the . Memorials may be made to the or Jefferson County Hospice.

To order memorial trees or send flowers to the family in memory of Ruth Mitchell-Walker, please visit our flower store.