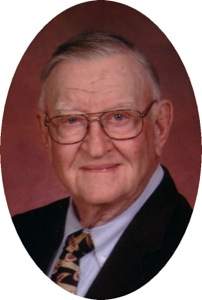 Shirley Eugene Strnad, 78, Scandia died Friday, June 17, 2011 at the , . He was born August 17, 1932 at the family home in rural Munden. He was the fourth of eight children born to Bohumil Milek "B.M." and Lois Elizabeth ( ) Strnad. Shirley attended and graduated from , a one room school house in rural Narka and then in 1950. He worked on the family farm until he was drafted in 1953 into the United States Army where he served in during the Korean War. He was honorably discharged in 1955. He attended and later transferred to in . He graduated in 1959 with a degree in Agricultural Economics. Shirley participated in the Kansas COOP mangers program and held management positions at COOPs in Lycene, Blue Mound, , and . He returned to with his family where he lived in . He took a position as Yard Manager at Republican Valley Feedlot. In 1969 Shirley entered a partnership were he purchased RVF and formed Republican Valley Cattle Feeders Inc. Through out his life Shirley was involved in many business adventures including United Grain and Nesika Ethanol. Shirley remained active in cattle and farming though out his entire life. He was a strong supporter of local FFA and 4H organizations. In the effort to promote Kansas agricultural economics, Shirley and his wife Phyllis traveled to Australia, New Zealand, Central America, Cuba, the Caribbean, Canada, and Alaska with the KSU Traveling Wildcats organization. He served on many agricultural related organizations including the Kansas Livestock Association, Kansas Grain Advisory Commission and was appointed by Governor Sibelius to the Governor's Rural Life Task Force. The importance of serving his community was also apparent through his service in numerous civic organizations including Isis Shiners, , Royal Order of Jesters, , Ophel Chapter No. 115 O.E.S., , York Rita, , American Legion Post No. 193, Scandia, AF & AM Lodge No. 129, , and he was an active member of the . Shirley was preceded in death by his parents; sister Betty Piroutek; brothers Billy W. and Roger W. Strnad; grandson Alexander J. Strnad; and step daughter Diana Bowen. He is survived by his wife Phyllis Strnad of their home; daughter Chandra (John) Stuchlik, Scandia, son Jeff (Tracy) Strnad, Scandia, daughter Kristine (Alan) Younger, Salina, step daughter Lois (Jack) Reichert, Knoxville, IA, step son Eric (Stephane) Bowen, Lawrence, daughter Elizabeth (Jeff) Lahodny, Lindsborg, daughter Leann Strnad, Concordia, and daughter Stacy (David) Davis, Elmdale; thirteen grandchildren Tim and Ben Baker, Seth Strnad, Nicholas and Emily Younger, Ben Reichert, Kyleigh and Xavier Bowen, Bailey Roberts, Breana Riffel, Addison Meyer, Justina and Westin Davis; and one great grandson Cohen Howell. Shirley is also survived by brothers Glen O. (Margery) and Henry Strnad (Anita) of Munden; sisters Patsy (William) Taylor, and Mary Rundus, Munden, and numerous nieces and nephews. Shirley was a loving husband, father and grandfather who contributed greatly to the agricultural industry. He will be greatly missed by his family and the community.

Funeral services will be held at 10:00am Tuesday, June 21, 2011 at the gym in with Pastor and Dr. Barry Flinchbaugh officiating. Burial will be in , . In lieu of flowers memorial should be given to the Shirley Strnad Memorial. Visitation will be Monday 9-9pm with family greeting friends from 7-9pm. At Tibbetts-Fischer Funeral Home, . More information at www.tibbettsfischerfuneralhome.com

To order memorial trees or send flowers to the family in memory of Shirley Strnad, please visit our flower store.