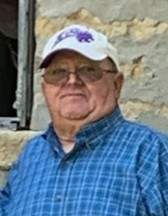 Sid enlisted in the United States Navy, serving his country during the Vietnam War, including two deployments overseas. Following his honorable discharge, Sid worked as a licensed plumber and electrician.

He was a lifetime member of the VFW and American Legion, and in his spare time, he enjoyed fishing, roping and horses.

His memories will be forever cherished by his girlfriend, Donna Francis of Belleville, her children Angie Carrara of Junction City, Kansas, and Amy Graves, her husband Travis, of Belleville; and their children, Aubrey Durbin (Josh) of Manhattan, Kansas; Brianna Scalise (Joe) of Wrightwood, California; Saxton, Sabin, and Sadee Graves of Belleville; and three great grandchildren.

Sid is also survived by his sister Wanda Ray of Las Cruces, New Mexico, and many nieces and nephews.

Graveside memorial services with US Navy Military Honors to be held on Saturday, July 10th, 2021, at 10:30 am, at the Belleville City Cemetery, with Kathleen Marsicek officiating. Committal services for Sid's son, Stacy, will also be conducted.

Memorials are requested to the Sid Saip Memorial, to be designated at a later date, and may be sent in care of the funeral home.

To order memorial trees or send flowers to the family in memory of Sidney Saip, please visit our flower store.