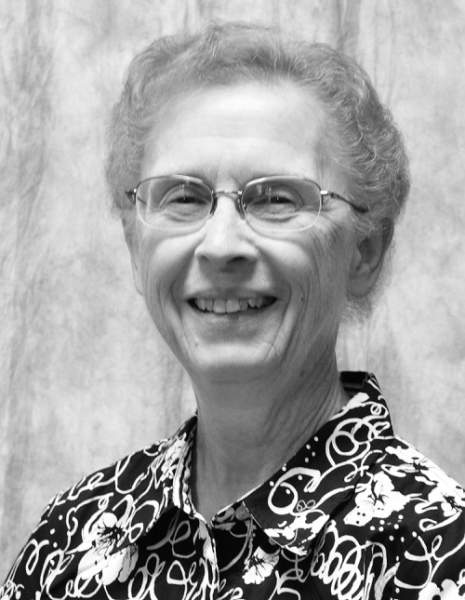 Sister Therese began her undergraduate studies at Marymount College in 1959.  Upon completion of her novitiate she returned to Marymount and completed her BS degree with a double major in chemistry and biology in 1965.  For the next four years she taught in Boonville, MO before returning to Sacred Heart High School in Salina where she taught from 1969-1971.  Therese began graduate work in 1973 and by 1976 she had completed all course work for her Master’s Degree and then a second Master’s Degree.  By 1981 she completed her research project in organic chemistry and received her Ph.D. from Kansas State University.  She returned to Marymount to serve on the faculty from 1976 until the college closed in 1989.  From 1989 until 1993 she taught Chemistry at St. Joseph College in Rensselaer, IN.

Sister Therese was preceded in death by her parents.  She is survived by her brothers Richard of Salina and David of Munden; sisters Marjorie Schmitz and Marie Chmidling of Topeka and Cathie Switzer of Concordia, Kansas.  The Mass of Christian Burial will be January 7 at 10:30 a.m. in the Motherhouse Auditorium with Rev. Barry Brinkman presiding.  The eulogist is S. Jean Rosemarynoski.  Due to the safety precautions for Covid-19, the funeral mass will be private.  However, it will be livestreamed on the Sisters of St. Joseph Facebook page.  The burial will be in the Nazareth Motherhouse Cemetery.  Chaput-Buoy Funeral Home, 325 W. 6th St., Concordia, KS is in charge of arrangements.

Memorials for Sister Therese Blecha may be given to the Sisters of St. Joseph Health Care/ Retirement Fund or the Apostolic Works of the Sisters; P.O. Box 279, Concordia, KS  66901.

To order memorial trees or send flowers to the family in memory of Sr. Therese Blecha, please visit our flower store.