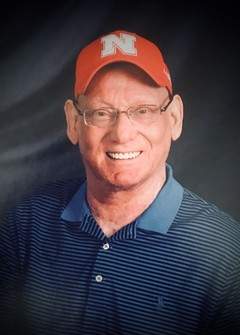 Stan's Wishes Was for Direct Cremation, There will be no formal visitation. Family and friends may stop by the funeral and sign the register book.

Stanley Ray Grueber, age 67 of Belleville, Kansas, passed from this life Thursday, June 7, 2018. He was born in Deshler, Nebraska on August 20, 1950 to Elia and Norma (Mussmann) Grueber. He graduated from Chester High School and went on to attend Weaver Airline Personnel School in Kansas City, Missouri. After he completed school, Delta Airlines offered him a position in Detroit, Michigan. In 1972 he moved to Texas where he continued to work for Delta operations for over 20 years. In 1999, Stan moved back to Chester, Nebraska. Stan enjoyed being a part of the Belleville Country Club.  He was involved with his many friends on the golf course and in the club house around the “farmers table.”  It was there he met Phyllis Jensik of Belleville. Stan was united in marriage to Phyllis on June 7, 2003 in Las Vegas, Nevada. During the past 15 years they have enjoyed traveling to Europe several times visiting many places in the United States and Mexico. For the past 10 years they have enjoyed spending the winter months in the Rio Grande Valley of South Texas where they were involved in several mission projects for the people of Mexico. He also spent many enjoyable hours in their vineyard by their home in Belleville. Stanley was an amazing father, grandfather, husband and friend. He was preceded in death by his parents and his daughter Joey Simpson in 2000. Stan will be forever remembered by his wife Phyllis Jensik of their home; son Colby and wife Cassandra and their children Carson, Izabella and Braydon Grueber of Rockwall, Texas; step-son Wade and Angie Jensik and their girls Claire and Emily of Belleville, Kansas; sisters Darlene (Richard) Walter, Shickley, Nebraska, Lucinda (Ron) Lang, Carleton, Nebraska, and Kathy Frame, Lincoln., Nebraska; brothers Steven (Beverly) Grueber, North Bend, Nebraska and Bradley Grueber, Goehner, Nebraska; many nieces, nephews, other relatives and friends.

Memorial services will be held 3:00pm Friday, June 15, 2018 at the American Lutheran Church, Belleville, Kansas with Pastoral Assistant Al Urich officiating. Following the service a gathering in his honor will take place at the Belleville Country Club. In lieu of flowers, donations in Stan’s memory may be made to the Republic County Food Bank or the NCK Healthcare Foundation. Tibbetts-Fischer Funeral Home, Belleville, Kansas assisted Stan’s family with these arrangements.

To order memorial trees or send flowers to the family in memory of Stanley Grueber, please visit our flower store.