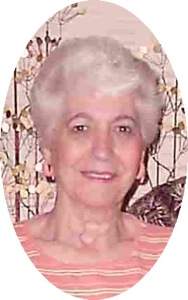 Sue Jane (Hughes), daughter of Orlan and Mabel (Harryman) Hughes, was born August 7, 1933 at Bartlesville, Oklahoma. She grew up in El Dorado, Kansas and graduated from El Dorado High School in 1951. She attended the University of Kansas and was a member of Pi Beta Phi Sorority. She graduated from KU in 1955 with a Bachelor's Degree in French. Sue attended TWA Flight Attendant School and completed training in August 1955. Sue never flew, instead she was swept off her feet by her husband Jack J. Collins and they married September 25, 1955. They settled in Belleville, Kansas where together they operated a clothing store and later a Sears & Roebuck catalog store. In 1984 they moved to Lawrence, Kansas. This would be their home for the next 20 years living near their children. Sue worked as a comptroller at First Management, Inc. in Lawrence until her retirement in 2003. She and Jack returned to Belleville at that time. Sue attended the Lawrence and Belleville Presbyterian Churches. As a classically trained soprano, she was active in music throughout her life, singing in the church choirs, at civic events, and for various social clubs. Sue departed this life on Sunday, November 20, 2011 at the Republic county Hospital, Belleville, Kansas having celebrated her 78 th birthday. She was preceded in death by her parents; daughter Stephanie Collins in 2004; and her sister Flora June Claitor. She will be forever remembered by her husband Jack of their home; sons Jack Collins, Jr., Lawrence, Kansas and Steven Collins of Lee's Summit, Missouri; other relatives and friends. Funeral services will be held 2:00pm Monday, November 28, 2011 at the United Presbyterian Church, Belleville, Kansas. Burial will be in the Belleville City Cemetery. Visitation will be held Sunday from 12 to 9:00pm at Tibbetts-Fischer Funeral Home, Belleville. Memorials may be given to the Alzheimer's Foundation c/o the funeral home. More information can be found at www.tibbettsfischerfuneralhome.com .

To order memorial trees or send flowers to the family in memory of Sue Collins, please visit our flower store.