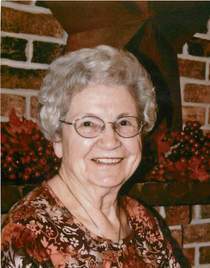 Sybil Evelyn Rahe, 98, of Republic, Kansas, died Monday, January 13, 2014 at the Belleville Health Care Center, in Belleville, Kansas.  She was born May 15, 1915 at the home of her parents, Charles William and Erma Evelyn (Larkins) Davidson, in Belleville, KS.

Sybil was Salutatorian of her 1932 Republic High School class, and began teaching school with a Normal Training certificate in 1935.  She later received a teaching certificate from Fairbury College in Fairbury, NE where she was inducted into the Phi Theta Kappa Fraternity for Scholastic Achievement.  She completed a Bachelor’s Degree in Elementary Education from Kansas State University in 1965.

Sybil taught all eight grades in various country schools in Republic County from 1935-1942, and again from 1954-1956.  She taught first and second grades at Republic Elementary School for the remainder of her 34-year teaching career, retiring in 1982.  She received the Kansas Master Teacher award in 1972.

Sybil married Clarence G. Rahe on August 23, 1937.  She was a lifelong member of the Republic United Brethren Church, which eventually became the United Methodist Church.  She attended regularly and was an active member, singing in the choir, teaching Sunday School and serving on the church board and as Sunday School superintendent for several years.

Funeral services will be at the Republic United Methodist Church in Republic, Kansas Saturday, January 18, 2014 at 2:30 PM.

Internment will be in the Washington Cemetery, Republic County, Kansas.

Memorial donations may be made to the United Methodist Church in Republic, Kansas.

Please click here to view the video tribute
To order memorial trees or send flowers to the family in memory of Sybil Rahe, please visit our flower store.