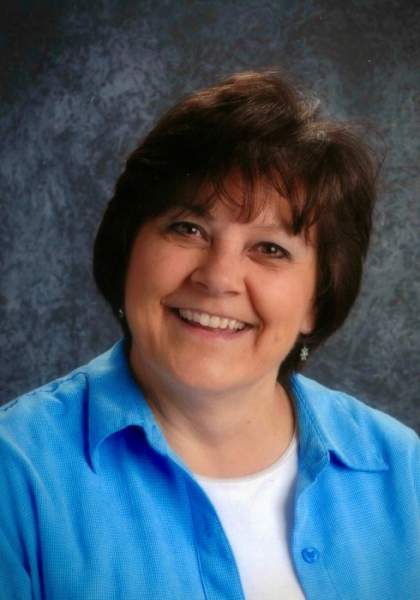 Teresa Suzanne Frye was born June 5, 1960 to Robert and Jeraldean (Wensel) Cooper in Wellington, Kansas.  Teresa began school in Winfield, Kansas and moved several times during childhood due to her parents’ ministry pastoring.  Teresa moved to Belleville in 1976 where she attended Belleville High School.  She was involved in many activities and clubs including the Belleville High school marching band and choir.  It was while she was attending high school that she met her high school sweetheart, Todd Frye.  They married February 25, 1978.

After they were united in marriage, Teresa graduated and they moved to Tonganoxie, KS, where they lived for 25 years.  Teresa worked in the banking industry while living in Tonganoxie.  It was there that both of her children were born, Terri (daughter) and Trent (son).  Teresa and family returned to Belleville in 2005 when they opened Belleville Farm & Home.  They ran this business until 2014.  In 2013, Teresa also started working as office manager of the physical therapy department at Republic County Hospital.  Teresa loved her job and loved working with all the patients.  Her co-workers were like family to her.  Teresa enjoyed planting flowers, being at the family farm, spending time with family and being a grandma.  She touched many peoples lives with her love and will be remembered fondly by all that knew her.

She was diagnosed with Wegeners disease in April 2019 and it was from that that she passed from this life at Salina Regional Hospital on July 28, 2019 at the age of 59.  She will forever be remembered by her husband Todd Frye; her daughter, Terri Frye and Dirk Convery of Belleville, Kansas; son, Trent Frye and Sarah Zerger of Abilene, Kansas; grandson, Layne Frye of Belleville, Kansas; father and mother, Robert and Jeraldean Cooper of Miami, Oklahoma; brothers Bob (Joy) Cooper, Tonganoxie, Kansas and Roy (Kelly) Barnes of Warsaw, Missouri; her nephew, Nathan (Anjelica) Cooper of Eudora, Kansas; her niece, Casey (Josh) Lowe of Tonganoxie, Kansas, and many friends.  Cremation was chosen and there will be no visitation.

A memorial gathering will be held Saturday, August 3 from 2:00 p.m. to 3:00 p.m. at Tibbetts-Fischer Funeral Home, with inurnment to follow at Belleville City Cemetery conducted by Pastor Shawn Baird.  Friends may sign the register book at the funeral home on Thursday, August 1, and Friday, August 2. Memorials requested to Republic County Hospital Physical Therapy Department. Tibbetts-Fischer Funeral Home assisted the Frye family with these arrangements.

To order memorial trees or send flowers to the family in memory of Teresa Frye, please visit our flower store.