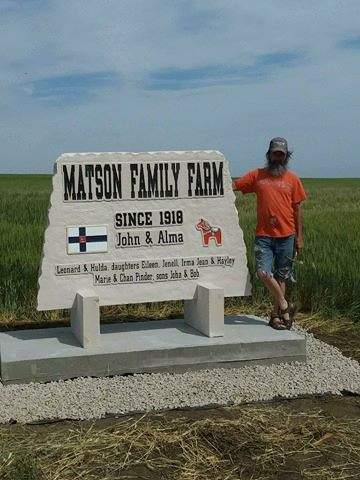 Terry Allen Dyke of Belleville passed away on May 4, 2019, at the age of 63 years, 3 months and 5 days. Terry was born in Kansas City, Missouri, to Robert & Lucille (Allen) Dyke, and he grew up in Lees Summit, Missouri, graduating from Lees Summit High School. Terry then very proudly served his country as a United States Marine, being honorably discharged in April 1982 at the rank of Lance Corporal, then later attending nursing school and received his LPN certificate. Terry recently retired from Fisher Rocks in Belleville. Terry was always ready to be able to do what he wanted to do, and he enjoyed tinkering around on “his ranch.” He enjoyed just sitting on his swing and listening to country music while having a beer. He loved getting on the mower to mow his pasture, and he enjoyed the company of his family and friends. We can’t forget his dog Jade, and the special bond that is formed between a man and his dog. Terry loved to get in his truck and go for cruises with his dog.

He is preceded in death by his father Robert. He is survived by his mother Lucille Nester of Belleville, daughter Tisha Dyke, son Casey Dayhuff, brothers Robert Dyke of Concordia, Randy Dyke, Tracy Dyke and his wife Molly of Monett, Missouri, Troy Speakman and his wife Jaci of Bruning, Nebraska; sisters Candy Sanders and her husband Albert of Belleville, Angie Bell and her husband Max of Salina, and Jean Rutgen and her husband Donnie of Oswego, Kansas. He is also survived by his grandchildren, 21 nieces and nephews, and numerous great nieces and nephews.

Direct cremation was chosen, there will be no visitation. A private family service and scattering will occur at a later date. Memorials are requested to assist with funeral expenses, and can be sent in care of the funeral home.

To order memorial trees or send flowers to the family in memory of Terry Dyke, please visit our flower store.