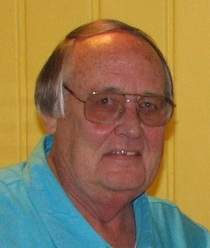 Anthony Baxter Foster, Topeka, 70, died on December 29, 2013, at Stormont-Vail Healthcare Center, Topeka, KS after a short illness. He was born on March 2, 1943, in Little River, Kansas., to Kent and Isla (Holler) Foster. He graduated from Little River High School and Emporia State University. He received a Master's of Education from Kansas State University. He began his teaching career at Belleville High School in 1971 and retired from teaching business at Cloud County Community College in 2001. He married Karen Coffey in 1967. He was preceded in death by his father and son-in-law, Steve Bell. He is survived by his mother, Isla Foster, Belleville; a son, Charles (Erin), Cozad, Neb.; and daughters, Tonya Foster-Bell, Topeka, and Tara Foster Gee (Steve), Carol Stream, IL; 10 grandchildren; special friend, Jane Boys, Wamego, and a sister, Nedra Dubach, California. A memorial service is planned for spring in Little River. Memorials may be made to the Tony Foster Memorial Fund, college fund for his grandchildren, in care of Silver Lake Bank, 2011 SW Gage Blvd., Topeka, KS 66604, in lieu of flowers. Tibbetts-Fischer Funeral Home, Belleville, Kansas is in charge of these arrangements.

To order memorial trees or send flowers to the family in memory of Tony Foster, please visit our flower store.