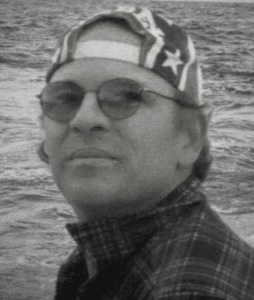 Tony Phillip Hebert, Jr. was born September 5, 1957 at Corpus Christi, Texas. He was the son of Tony P. and Dorlene (Bedwell) Hebert, Sr. He was married to Denise Skocny of Cuba, Kansas on November 27, 1974. While together they had four boys, Phillip T., Jeffery F., Jonathan P., and Christopher T. Tony was in the Army National Guard for several years and was called in active duty in 1974 and received his honorable discharge in 1975. He has lived in Virginia for many years. He was employed as a pipefitter on construction projects. Tony died July 25, 2011 at Hopewell, Virginia. He was preceded in death by his father Tony, Sr. in 1982, mother Dorlene in 2010, and his son Christopher in 2000. He is survived by his sons Phillip, Jonathon, and Jeffery and his grandchildren Luke, Joey and Jillian Hebert. Tony's unique signature was on everything he did. He loved his children and grandchildren. He loved to create things that he could build with his hands. He truly enjoyed to travel, experience new things, and meet new people. He always did everything he could to help a friend. Tony Hebert, simply lived and died his own way. Graveside inurnment service was held Saturday, August 20, 2011 at the Belleville City Cemetery. Tibbetts-Fischer Funeral Home was in charge of these arrangements.

To order memorial trees or send flowers to the family in memory of Tony Hebert, Jr, please visit our flower store.