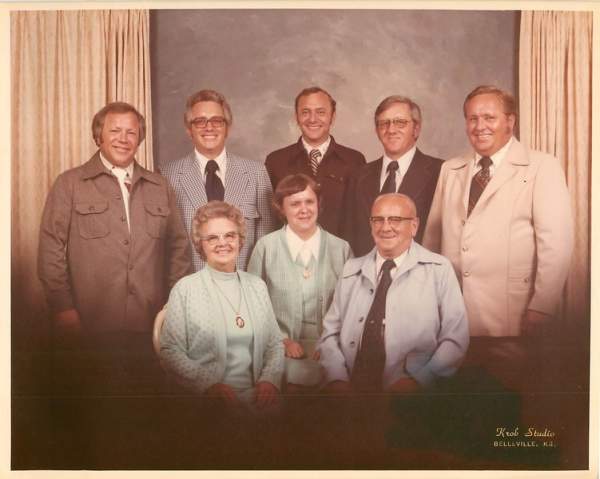 MEMORIALS SHOULD BE MADE AS MASS OFFERINGS!

Vernetta June Ruprecht, daughter of Arnold L. and Esther A. (Schroeder) Davenport, was born November 11, 1935 at Hebron, Nebraska. She departed this life Saturday, July 2, 2016 at the Cloud county Health Center, Concordia, Kansas at the age of 80 years, 7 months, 21 days. At the age of six, Vernetta was enrolled in the Nebraska School for the Blind, in Nebraska City, in September 1942. She was graduated from this school in May of 1954. Vernetta attended the Peru State Teachers College for one year. She then transferred to the College of St. Mary in Omaha, Nebraska in September of 1955 and was graduated from the same on July 31, 1959. Vernetta did practice teaching at South Public High School in Omaha. She taught French and History at the parochial high school in Tucson, Arizona. Vernetta enrolled at the Kansas Rehabilitation Center for the Blind in Topeka, Kansas on October 7, 1961, for training and evaluation for future employment as a rehabilitation teacher for the blind. During the summer of 1962, she was employed as a communications instructor at the center. In September that year, she accepted the position of Rehabilitation Teacher for the Blind in the Kansas City, Kansas office. She served a six county area until her retirement on September 1, 1980. Retirement was due to health problems. Vernetta joined the Roman Catholic Church on May 25, 1953 while a junior in high school. She was confirmed on November 4, 1953. Vernetta was united in marriage to David Ruprecht on November 16, 1963. He was killed in an auto accident on July 31, 1965. Having lived in Belleville, Kansas for several years, she moved to Concordia, Kansas on July 30, 2004 and lived there until her death. Vernetta was preceded in death by her husband David; parents Arnold and Esther; and brothers Arnold, Jr., Gale and Allen; sisters-in-law Larriett Davenport, Joyce Davenport, and Lillias Davenport. She will be forever remembered by her brothers Bob Davenport, Overton, Nebraska and Ray (Sharon) Davenport, Belleville, Kansas; many nieces and nephews, other relatives, and friends.

To order memorial trees or send flowers to the family in memory of Vernetta Ruprecht, please visit our flower store.