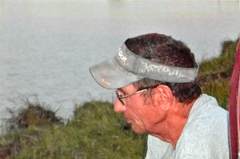 Willard Henry Zenger, born to August and Zola (Congleton) Zenger, in Belleville, KS, on June 7, 1946, passed Thursday, March 15, 2018 at the age of 71. He grew up in Haddam, KS, and was a graduate of Haddam High. Willard joined the Army in 1965 and served in Vietnam. He was awarded the Vietnam Campaign medal, National Defense Service medal, and Sharpshooter commendation.

After an honorable discharge from the Army, Willard returned to Kansas and married Cheryl (Hanshaw) on January 14, 1968. Willard and Cheryl raised three children in Haddam, KS. They owned the Haddam Grocery Store for many years. After that, Willard was manager at the Co-Op and a Bus Driver for USD 221. He was also a Farmer. Willard was an active in the City of Haddam- serving as Fire Chief and supporting the Haddam Golf Course.

Funeral services will be held 11:00 A.M. Tuesday, March 20, 2018 at the United Methodist Church, Haddam, Kansas with Pastor Daniel Norwood officiating. Burial with Military Honors will be in the Haddam Cemetery. Memorials in Willard’s memory to the family. Tibbetts-Fischer Funeral Home, Belleville, Kansas has been entrusted with these arrangements.

To order memorial trees or send flowers to the family in memory of Willard Zenger, please visit our flower store.