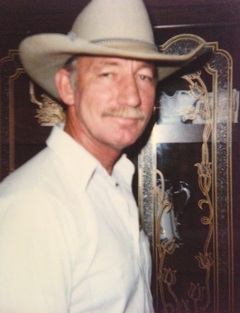 Ernest William Goff passed away peacefully Tuesday June 24th, 2014 at his daughter’s home in Agenda Ks. Bill was born in Florence AZ on September 15th 1954 to Junior and Norma Smith. Norma later remarried William Goff, who adopted Bill and his two brothers. Bill grew up in Coolidge Az. He was a radio Operator in the Navy and was stationed in Guam. Bill married Bambi Burris in 1981 and adopted her young son Justin. In 1983 they had a son William and in 1985 a daughter Laura. Bill and his Family moved to east Texas in 1987. Bill worked as a supervisor in water and wastewater for private and public utilities. In 2011 Bill and Bambi divorced. He enjoyed fishing, reading, spending time with his kids, and he absolutely loved playing with his 5 grandchildren. Bill spent his last days surrounded by the ones he loved the most. He is preceded in death by his father Francis Junior Smith, mother Norma Helen Goff, brother Douglas Glen Goff, sister Sandra Lynn Goff, and nephew Gary Kyle Goff. Bill is survived by his stepdad William Goff of Neosho Missouri, brother and sister in-law Mike and Rita Goff of Florence Arizona, brother Terry Goff of Onalaska Texas, brother Gary Goff of Neosho Missouri, son Justin Goff of El Campo Texas, son William Goff of Cypress Texas, daughter and son in-law Laura and Clint Nickels of Agenda Kansas, and his grandchildren Alyssa, Riley, Ciara, Korben, and Presley Nickels. Ernest William Goff will be forever missed, loved, and remembered by all his family and friends. Viewing will be on Tuesday July 1st, 2014 11:30am to 12:30pm at Tibbetts-Fisher Funeral Home in Belleville Ks.  Graveside service and interment will follow at 1:00 p.m. at Agenda Cemetery in Agenda Kansas.

To order memorial trees or send flowers to the family in memory of William Goff, please visit our flower store.