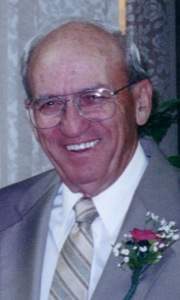 Wilson H. Scott, 86 of passed away Tuesday, February 8, 2011. He was born October 13, 1924 in , the son of Vera (Hitchcock) and Everett Scott. He was preceded in death by his parents; two brothers, James and Richard, and sister, Virginia. He was the loving husband of Donna and father to Linda Ashton (Craig) of , and Lanie Engle (Alan) of . He was blessed with five grandchildren; Ami Strickert, , , Angela Ashton, , , Scott Engle, , , Jillian Engle, , and Kurt Engle, , ; and one great-grandson, Alec Strickert, . graduated from in 1942, attended until joining the US Navy in 1943, serving in WWII as an aviation mechanic. He was united in marriage to Donna Edwards on May 13, 1946. was employed as hospital administrator at , , then as a sales representative for Zimmer Corp. He and his wife Donna founded Scott Specialties, Inc. in 1962 and he served as CEO until his death. was a member of the , Masonic Lodge, RCRA/Belleville Country Club, Lions Club, VFW, and Belleville Coffee Club. Community and healthcare were a passion of Wilson's and he was involved in establishing the North Central Kansas Healthcare Foundation and medical clinic. He was an avid golfer, participating in innumerable golf tournaments and events. He was blessed with many friends and a loving family throughout his life. was a kind and gentle man.

Funeral services were held Saturday, February 25, 2011 at the First United Methodist Church of Belleville, Kansas with Pastor officiating. Burial was in the . Memorials may be made to the NCK Healthcare Foundation or the . Tibbetts-Fischer Funeral Home, , was entrusted with these arrangements.

To order memorial trees or send flowers to the family in memory of Wilson Scott, please visit our flower store.