Next
Push button for menu

Tibbetts Bros. Funeral Home was founded in March 1947 when brothers Jim & Dean Tibbetts purchased Lahodny Funeral Home in Belleville. Originally located on the north side of the square, the funeral home was relocated to its currently location at the corner of 20th & K Streets, in 1953 with the purchase of the R.M. Armstrong residence. In 1963, Republic native Kenneth Fischer joined Jim & Dean, and later, the funeral home was renamed Tibbetts-Fischer Funeral Home. Randy Paugh joined the staff in 1991, coming from the Courtland area. Joseph Blecha returned to Belleville in 2018, and now serves as managing funeral director. 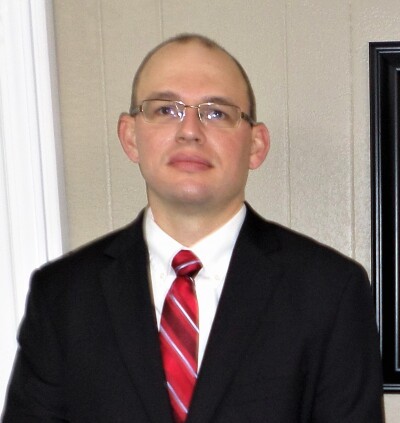 Joseph is a Republic County native, and started at Tibbetts-Fischer Funeral Home in May 2018.

He is a Kansas licensed Funeral Director and Embalmer, earning his Mortuary Science degree from Des Moines Area Community College and completed his apprenticeship under Randy Paugh. Additionally, he is licensed pre-need insurance agent in Kansas and Nebraska, and assists families with cemetery monuments and markers. 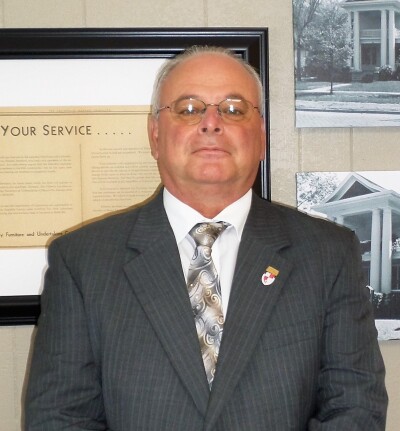 Randy Paugh, a native of Maryland, joined the staff of the funeral home in 1989 coming from the community of Courtland, Kansas.

He holds both funeral director and embalmer licenses in Kansas and Nebraska.  Randy also serves the families of Franklin County, Nebraska at Hutchins Funeral Home in Franklin. 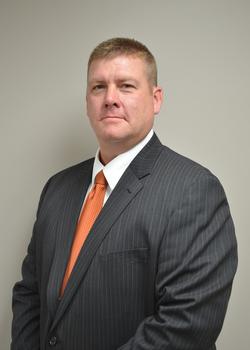 Joshua J. Meyer serves as President of Tibbetts Bros. Inc., and joined the staff of Chaput-Buoy Funeral Home in April 2001. He has been the manager of the Chaput-Buoy Funeral Home and it's associated chapels since 2003. He attended Kansas State University and then mortuary school at Kansas City Kansas Community College with a degree in Mortuary Science. He completed his apprenticeship with Broadway Mortuary and continued to work there until he relocated to Concordia.

He is married to the former Jamie Stroh of Belleville, Kansas.  Jamie is a math teacher at Concordia High School and also teaches College Algebra at Cloud County Community College. They have one daughter, Madelyn, age 19, who attends Fort Hays State University and is a member of the Tiger Debs Dance Team.

He is a member of Concordia Rotary Club, serving as club president in 2007-2008; a member and former board member of the Concordia Chamber of Commerce; a former board member for the Cloud County Community Foundation, he also served as the President on the Frank Carlson Library Board of Directors; a member of Cloud County Ducks Unlimited where he serves as the Chairman.  Joshua also volunteers with the Cloud County Community College Foundation and the Annual Scholarship Auction, serving as the emcee for the past several years.  He is also a member of the Sons of the American Legion Post #76 and a member of Concordia Golf & Wellness Golf Course in Concordia. He and his family attend the Concordia Lutheran Church where he served on the church council.  He is currently the District 6 Director for the Kansas Funeral Directors Association.

He enjoys playing golf, hunting and is a registered basketball official with the Kansas State High School Athletics Association for the past 20 years. 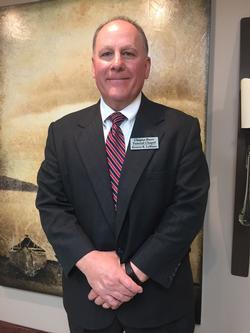 He  joined Chaput-Buoy Funeral Homes in September of 2014, as a licensed funeral director/embalmer. He has been licensed in the State of Kansas since 1992. From 1991 to 1992 he served his apprenticeship under the direction of Jim Buoy at Chaput-Buoy Funeral Home. Kenton also worked with Dean Frazier, Alec Chaput, John Chaput and Alexine Chaput.   Kenton also holds a Nebraska funeral director/embalmer license.

He has also worked as a sales representative for a national funeral supply firm The Dodge Company of Cambridge, MA.. Prior to his sales position he was in the funeral service profession in Newton, Coffeyville, Lyons, Kansas communities as well.

Kenton grew up in the St. Joseph community on the farm as well as his wife Stephanie.  They have a daughter, Becca  and a son, Kollin.  Stephanie is a Teacher’s Aide at USD 224 at the Clifton Grade School. He enjoys, spending time with his family, golfing, hunting, carpentry, and mostly being outdoors. 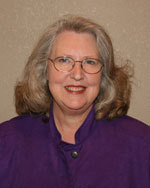 Pamela (Janasek) Scofield, joined the staff of Tibbetts Bros., Inc. in November of 1994 as the CFO of the organization.  She assumed the responsibilities of President of the corporation in 2011.  Pam graduated from Wichita State University in 1975 with degrees in piano performance and music education and subsequently taught music in the public schools of Hutchinson and Haddam, Kansas.  During that time, she commuted to Wichita State and earned her Master’s degree in music education.  After moving back to her hometown of Belleville, Kansas in the 1980’s, she decided to make a career change and returned to school at Kansas State University, ultimately earning another degree in accounting and completing the requirements to become a CPA.  Pam spent the next few years working for a local CPA firm before accepting a position with Tibbetts Bros., Inc.Pam is married to Sid Scofield of Belleville, Kansas, who owns and operates S & P Farm Repair, Inc., located north of Belleville.  They both have a deep appreciation for the surrounding communities and the people that reside there.  Pam is actively involved in the First United Methodist church of Belleville, Kansas where she continues to put her training and love of music into practice.  Pam is a member of the Kansas Funeral Directors Association, the American Institute of CPAs and the Kansas Society of CPAs.  She is a long-time member of PEO Chapter JA participates in community service and loves to quilt and travel in her leisure time. 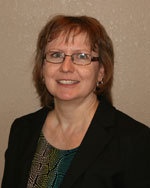 Cindy (Splichal)  Poppe is originally from Munden, Kansas  and graduated from Belleville High School. She currently resides in the Chester, Nebraska community with her husband, Steven. They are active members at St. John Lutheran Church in Chester and several area organizations and are the parents of two grown children. She is the office manager at Tibbetts-Fischer Funeral Home. 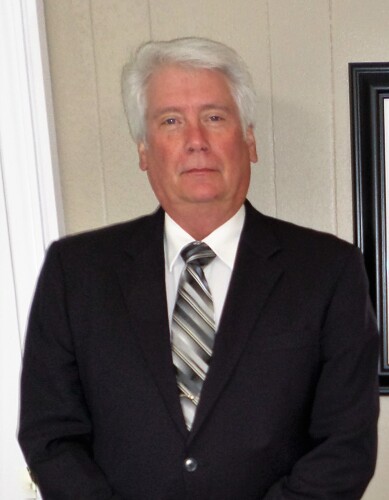 Tim is from Courtland, Kansas, and has been working at Tibbetts-Fischer since 2013.

LeRoy is from Munden, Kansas, and has been working at Tibbetts-Fischer since 2009.

Jacob joined the staff of Tibbetts-Fischer Funeral Home in 2021.

We stand ready to assist you. If a death has occurred, please call us on the number below, or click here.