The Department of Veterans Affairs (VA) furnishes upon request, at no charge to the applicant, a Government headstone or marker for the unmarked grave of any deceased eligible Veteran in any cemetery around the world, regardless of their date of death.

Flat markers in granite, marble, and bronze and upright headstones in granite and marble are available. Bronze niche markers are also available to mark columbaria used for inurnment of cremated remains. The style chosen must be permitted by the officials in charge of the private cemetery where it will be placed.

When burial or memorialization is in a national cemetery, state Veterans' cemetery, or military post/base cemetery, a headstone or marker will be ordered by the cemetery officials based on inscription information provided by the next of kin or authorized representative.

Spouses and dependents are not eligible for a Government-furnished headstone or marker unless they are buried in a national cemetery, state Veteran's cemetery, or military post/base cemetery.

Note: There is no charge for the headstone or marker itself, however arrangements for placing it in a private cemetery are the applicant's responsibility and all setting fees are at private expense.

Arrangements for setting a Government-furnished headstone or marker in a private cemetery are the applicant's responsibility and all placement costs are at private expense.

Obtaining a Government Headstone and Marker

We will order the headstone/marker for you, and will work with the cemetery and monument company to have the marker installed on the grave space.

Memorial headstones and markers, for individuals or groups, are furnished for eligible deceased active duty service members and Veterans whose remains are not recovered or identified, are buried at sea, donated to science or whose cremated remains have been scattered.

Memorial headstones and markers may also be furnished in national, military post/base or state Veterans cemeteries to eligible spouses whose remains are unavailable for interment, whether or not they predecease the eligible Veteran.

These headstones and markers bear an "IN MEMORY OF" inscription as their first line and must be placed in a recognized cemetery.

Memorial headstones and markers for spouses and other dependents are not available for placement in private cemeteries. 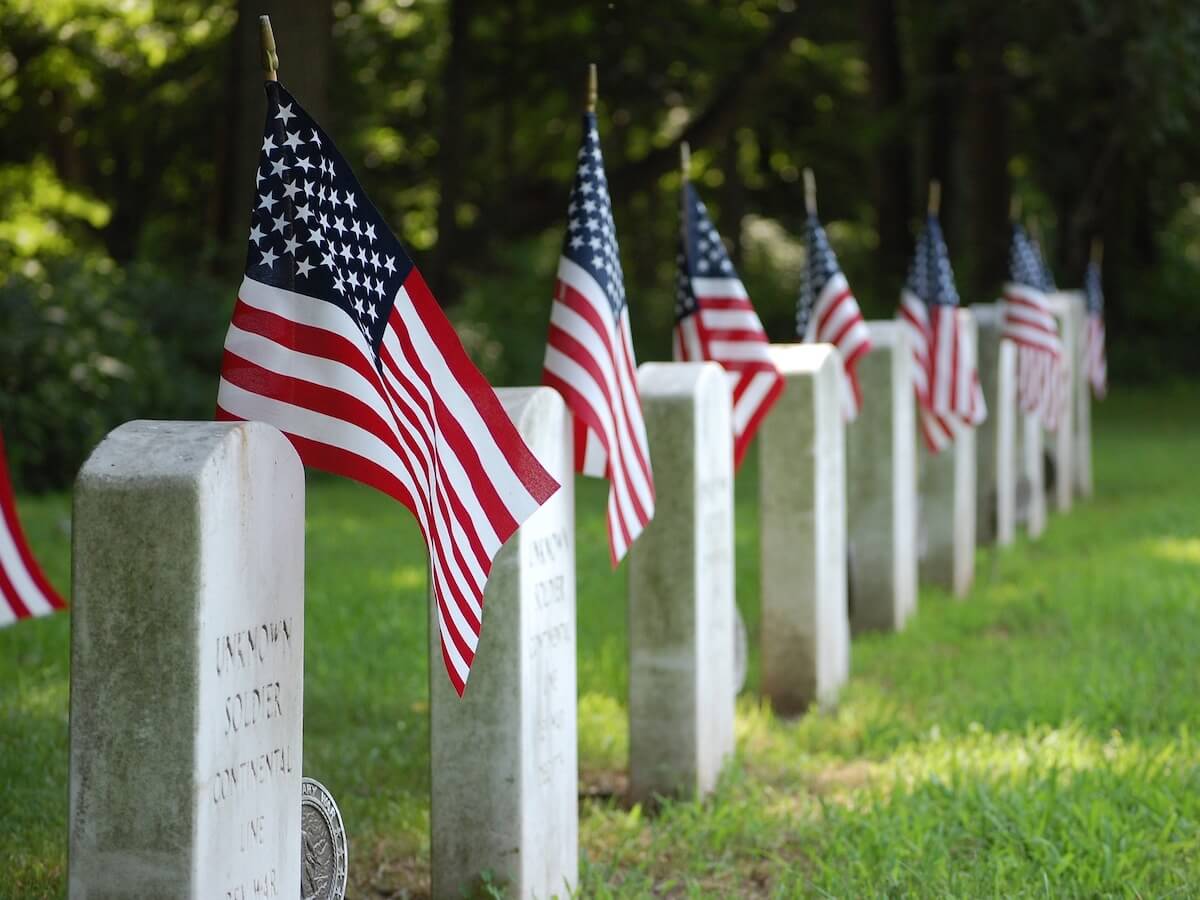